And at 61 years old, Canton's Jeff West still searches for new finish lines to cross. So he started researching a hiking trip to Everest Base Camp and booked it over his Christmas break.

CANTON, Ga. - You could say Cherokee County school bus driver Jeff West lives his life in overdrive. After all, this is a guy who has run 39 consecutive Peachtree Road Races.

"My wife made the comment one time, she said, 'You expect a lot out of yourself, don't you?’" West recalls.

And at 61 years old, the Canton-native still searches for new finish lines to cross.

"I thought I would be interested in mountain climbing," says West. "But, you know, life just kept me from doing that — making a living, raising a family — and so I got on up to a certain age and said, 'Maybe just trekking to Mount Everest would be enough.'"

Yes, that’s the Mount Everest — the highest mountain above sea level. West started researching a hiking trip to Everest Base Camp and booked it over his Christmas break. 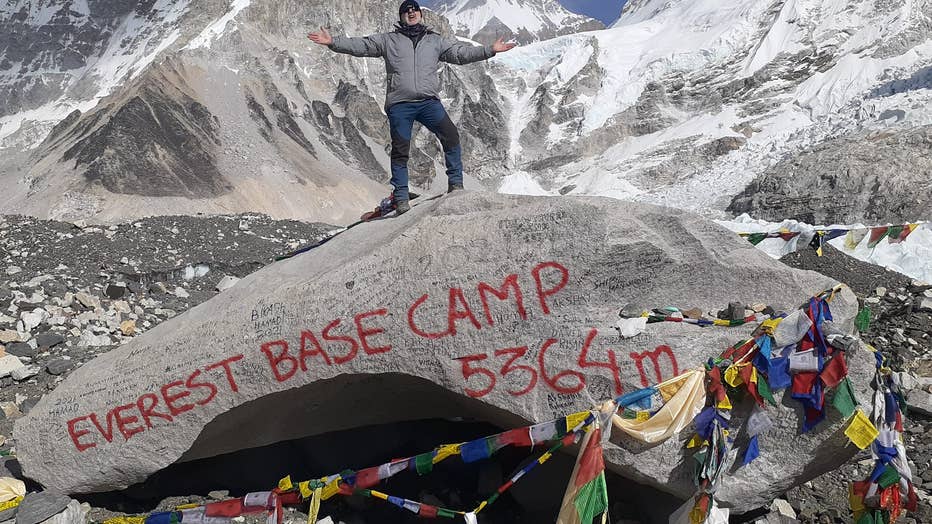 West traveled solo for 45 hours, flying from Atlanta to Kathmandu in Nepal. Once safely on the ground, he hiked 11 days total, finally reaching South Base Camp (at more than 17,000 feet above sea level) on the seventh day.

"It was pretty emotional, I have to say. I was having some trouble with some trekking and the altitude; you know, I'm not a young man, so, I'm not going to lie and say it wasn't hard on me! My guide knew I was having trouble, and he said, 'Sir, you've got to ask yourself, do you want this?' And I thought to myself, 'I'm not going to travel better than a week and miss it by five hours.'"

So, what’s next for this extreme adventurer? West says the mountains are great … but he’s ready for a nice plateau.

"After all the physical-ness of all this, I think maybe a cruise," he said, laughing.