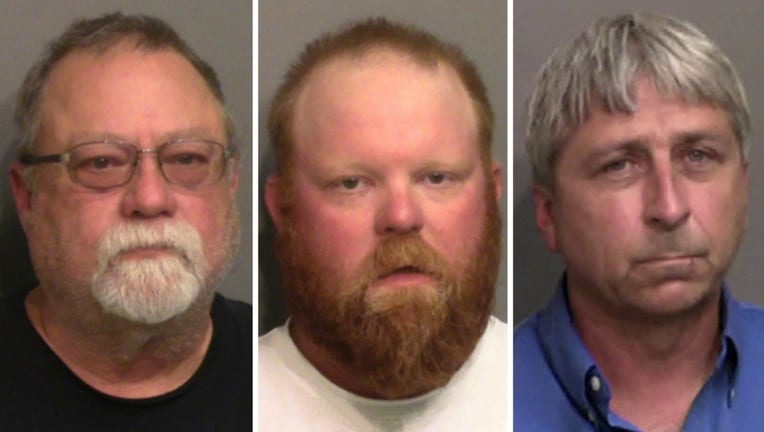 GLYNN COUNTY, Ga. - Court officials preparing for the trial of three men charged with chasing and killing Ahmaud Arbery mailed jury duty notices to 1,000 people, a huge number that illustrates the challenge the judge and attorneys face in finding impartial jurors for a case that sparked a national outcry.

Jury selection is scheduled to begin Monday in coastal Georgia in the murder trial of Greg and Travis McMichael, a white father and son who armed themselves and pursued Arbery in a pickup truck after spotting the 25-year-old Black man running in their neighborhood.

Also standing trial is William "Roddie" Bryan, a neighbor who joined the chase on Feb. 23, 2020, and took cellphone video of Travis McMichael shooting Arbery at close range with a shotgun.

Attorneys hope to try the case in Glynn County, where Arbery and the three defendants lived within 2 miles of each other, despite the overwhelming attention it has received. Jury pool members will face a barrage of questions by lawyers to determine if they are capable of fairly deciding the case based on evidence presented in court.

Mother of Ahmaud Arbery reflects a year after his death

A year after Ahmaud Arbery was gunned down in south Georgia, his mother reflects on his death and impact on equality and justice.

"So many people either know the defendants or the victim or know something about it," Glynn County Superior Court Clerk Ronald Adams said by phone Tuesday. "You really don’t want to come up short on the number of qualified jurors that you have."

Adams said 1,000 people in Glynn County were mailed a jury summons specifically for the trial in Arbery’s killing. That means notices went to roughly one out of every 85 residents in the county, home to the port city of Brunswick and surrounding island vacation getaways south of Savannah.

Adams said it’s the largest number he’s issued in more than four years as court clerk, and that most cases require just 100 to 150 jury duty notices.

A total of 600 people are being told to report Monday morning to a courthouse annex building. Adams said an additional 400 will be on standby to show up Oct. 25 if there are not enough qualified jurors in the first batch.

Ultimately, the judge needs to seat a final jury of 12 people, plus four alternate jurors ready to fill in for jury members who get sick or otherwise must be dismissed during the trial. To get there, Adams said, could take two weeks or longer.

Defense attorneys say the three defendants committed no crimes. Greg McMichael told police they thought Arbery was a burglar after he had been recorded by security cameras inside a neighboring home under construction. He said his son shot Arbery in self-defense after Arbery attacked with his fists.

Prosecutors say Arbery was merely out jogging when he was killed. Investigators in the case have said Arbery was unarmed and they found no evidence he had stolen anything from the construction site.

How much jury pool members already know about the case, and whether they have already formed opinions about the defendants’ guilt or innocence, will largely determine who gets dismissed and who ends up on the final jury.

Potential jurors were mailed and asked to fill out a three-page questionnaire asking whether they have followed the case in the news or on social media and what they already know about it. They will be asked more questions by the lawyers at the courthouse, both in groups and individually.

"It’s about whether they’ve already prejudged the case, have they already made up their minds even a little bit," said Page Pate, an Atlanta trial attorney who’s not involved in the case. "It’s not just the saturation of news coverage. When something like this happens in a smaller town, it’s what are people saying at work? What are they saying when you go to church?"

Having hundreds of people in the jury pool, Pate said, should be "more than enough" to seat a final jury for the trial.