After 20 years of depression, Georgia woman finds a breakthrough: TMS

PEACHTREE CITY, Ga. - When Diane Collins discovered the dulcimer a few years ago, she fell in love.

A couple of years ago, the 66-year old ordained minister from Peachtree City, Georgia, went out and bought the best dulcimer she could afford.

Then, she put it away, and it sat there, untouched, for months.

"Because I was depressed," Collins says. "I couldn't even pick the dulcimer up."

Married for 27 years, Collins had been struggling with major depressive disorder most of her adult life, pushing through years of talk therapy, trying one medication after another.

She has tried at least 15 antidepressants, she says.

Nothing helped for long.

"I never got a break from it," Collins says. "When the sun, would come up, I would say, 'I hate this day.  Because that's another day I've got to live with depression.'"

Home alone one day, she says, she put a gun to her head.

"I had my hand on the trigger," Collins says. "I just couldn't pull it."

Collins ended up in the hospital.

That's when her psychiatrist recommended a treatment she had never heard of,

She started coming to see Dr. Crystal Nelson at Blueprint Psychiatry in Newnan.

There, Collins would sit for 20 to 40 minutes a day, 5 days a week, with a magnetic coil placed against her head.

It would deliver electromagnetic pulses to try to "reawaken" nerve cells in regions of her brain that control mood and depression. 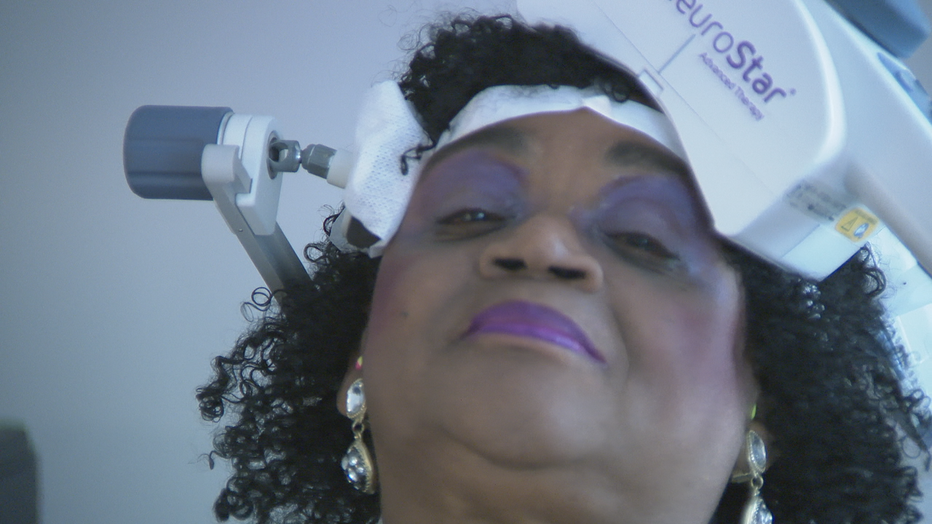 "The brain is nothing more than a switching station, sort of like an super highway, and there is energy moving constantly," Dr. Nelson says. "In depression, what we know is that, in some people, that transfer system is not transferring those chemicals in the same way."

Nelson says the magnetic pulses reactivate neural cells in the area of the brain just below the treatment coil.

"So we send that energy and get those pathways moving again," she says.

Collins is awake during the treatments, and she can hear clicking, and feel a tapping sensation.

"Most of the patients are talking to me, the technician or watching a TV program," Dr. Nelson says. 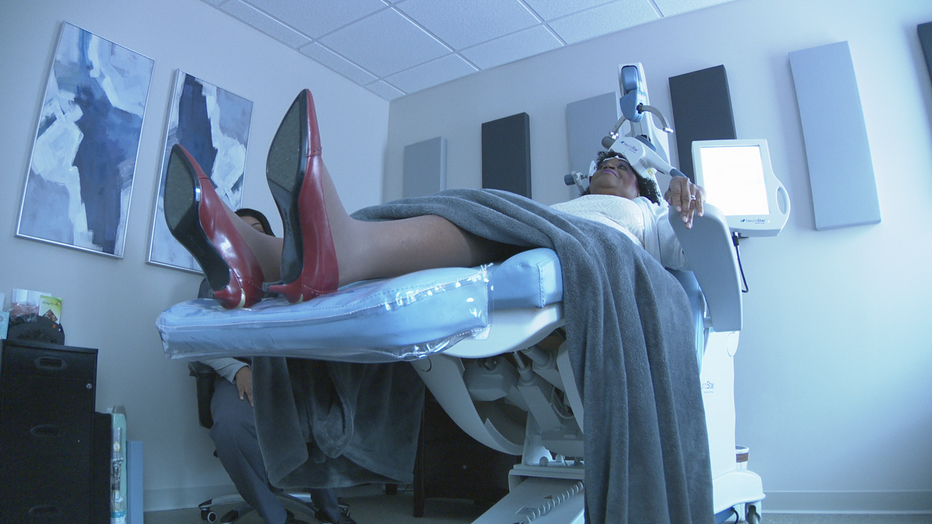 "It really doesn't have side effects like some of those pills," she says.  "The only thing I've ever had is maybe a slight headache."

She stayed on two of her medications.

For a few weeks, she says, she felt nothing.

But about 6 weeks into treatment, the fog began to lift.

Collins picked up the dulcimer again, and has been playing ever since.

After taking a year-long break from TMS, Collins recently returned for another 6 weeks of treatment.

Her health insurance covers the cost of TMS, which can run between $400-$500 a session, or about $15,000 for the recommended 6 weeks of treatments.