Houghton actually auditioned originally to be one of the judges before donning the Flamingo mask.

ATLANTA - The Frog, the Turtle, and the Night Angel will face off during the season three finale of "The Masked Singer" Wednesday night on FOX -- and the anticipation is a feeling singer and Emmy-winning talk show host Adrienne Houghton knows well.

Houghton came in third place on the show's second season, revealing herself as the celebrity behind the Flamingo mask. But in an exclusive chat, the co-host of "The Real" says she was almost part of the show in a different capacity.

"Crazy enough, I actually auditioned originally to be one of the judges," she says. "They were looking for judges for the show, and I was up to be one of the judges. So, I thought the concept of the show was brilliant ... and I remember saying, this would be the only way I would ever sing again.  Like, with a full-on mask on and no-one knows it's me."

So how did she end up as a season two contestant?  For that, husband Israel Houghton deserves some credit. 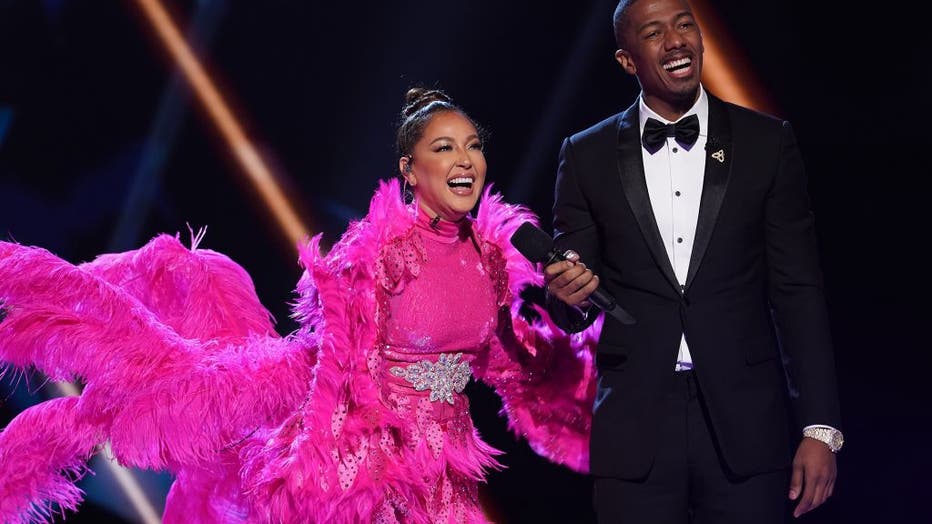 Adrienne Houghton and host Nick Cannon celebrate in the season 2 finale of the "Masked Singer." (FOX via Getty Images)

"They reached out to me, and were like, 'Do you think Adrienne would be willing to be one of the contestants,' and I was like, 'Yes.'" Then, she stops herself: "Actually, that's not true!  My husband actually approved me and told them 'Yes, she will do it,' without asking me!"

For more on Adrienne Houghton's experience on "The Masked Singer," click the video player and check out our interview.  And don't miss the season three finale Wednesday night at 8 p.m. on FOX 5 Atlanta!