Retired U.S. Sen. from Georgia, Johnny Isakson, called late Rep. John Lewis a friend. Lewis was there for the beginning and end of Isakson's political career.

ATLANTA - The passing of retired U.S. Senator Johnny Isakson has bought to mind a poignant tribute from Democratic Congressman John Lewis made on the House floor two years ago when the Republican senator retired. The two political icons, from different parties but the same state, embraced afterward. The moment now is even more special, in that Georgia has lost both of these leaders.

It was Lewis who first introduced Isakson as a new congressional member from Georgia on the house floor in 1999.

Then 20 years later, when Isakson, then a senator, said his goodbyes to Washington and retired because of his health, Lewis delivered the bookend speech before the House.

The two embraced after.

Rep. John Lewis called Sen. Isakson a friend and a brother. He praised him for his cooperation with Democrats on a number of issues. He said time and time again, it was Isakson who had worked with him to uplift the lives of African Americans in Georgia.

Eight months later, Lewis passed away. And now, a year and 11 months after that speech, Isakson is gone too. He died just nine days shy of his 77th birthday. 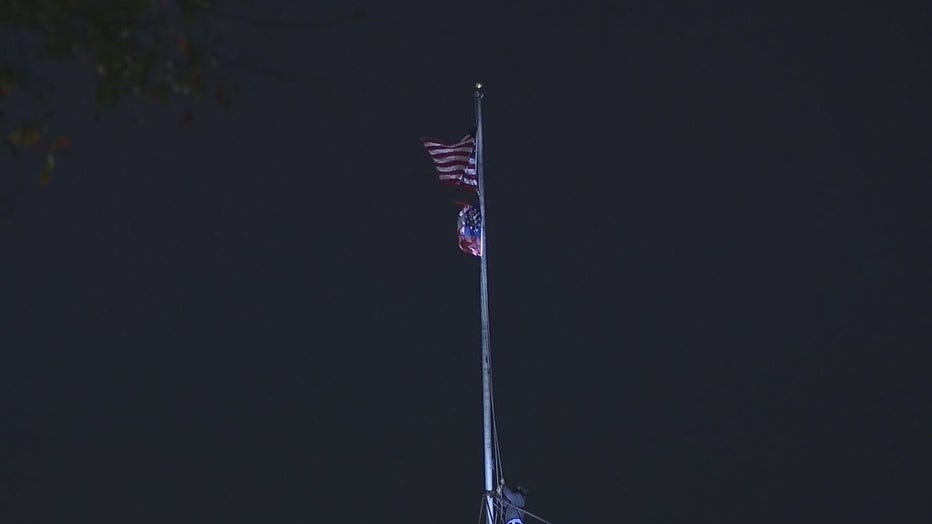 Flags over the Georgia Capitol were ordered to half-staff to honor the late Sen. Johnny Isakson who passed away over the weekend. (FOX 5)

Flags were ordered to half-staff at the Georgia Capitol to honor the late senator.