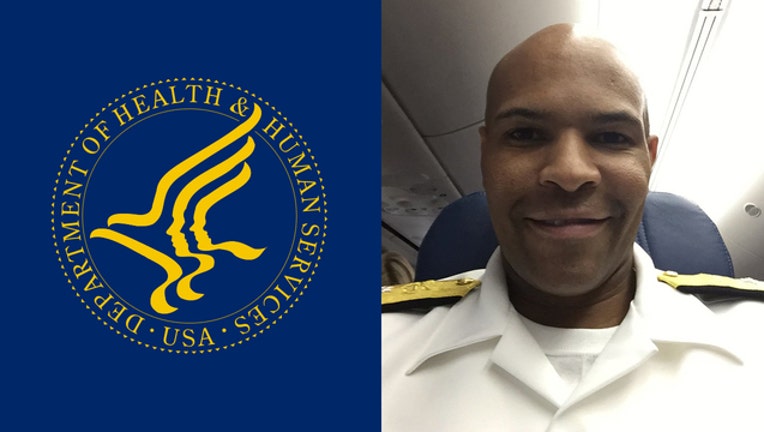 Vice Admiral Jerome Adams, the U.S. surgeon general, posted a selfie to Twitter from inside a Delta Air Lines flight. (USPHS/@Surgeon_General via Twitter)

JACKSON, Miss. (AP) - When the call went out for a doctor on board, the U.S. surgeon general says he gladly stepped in to help with a medical emergency on a commercial flight.

Vice Admiral Jerome Adams, an anesthesiologist, says he assisted someone on a Delta Air Lines jet as he prepared to fly Wednesday to Jackson, Mississippi.

Adams tweeted that a call went out requesting a doctor.

A Department of Health and Human Services spokeswoman says a person lost consciousness when the plane was on the ground in Fort Lauderdale, Florida. Adams and two nurses responded. The patient woke up and was sent to a hospital.

Adams says the patient doing well and, like a good public health service doctor, he was happy to assist.

Adams was traveling to Mississippi for public events Thursday.