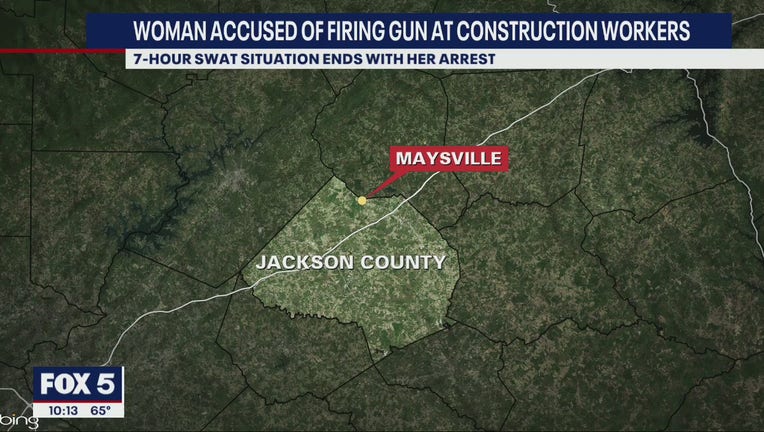 JACKSON COUNTY, Ga. - Authorities have arrested a man after a 7-hour standoff at a Jackson County home on Friday afternoon.

The Jackson County Sheriff’s Office said it started just before noon when a construction worker called 911 to report he had been fired upon from a resident along Pinetree Circle in Maysville. Deputies said they spotted a woman with a handgun in the driveway. She pointed the gun at deputies and retreated inside a home, officials said.

Deputies said just after 7 p.m. the SWAT team made entry into the home and found the woman. She was taken into custody without further incident.

Her name and her charges have not been released.