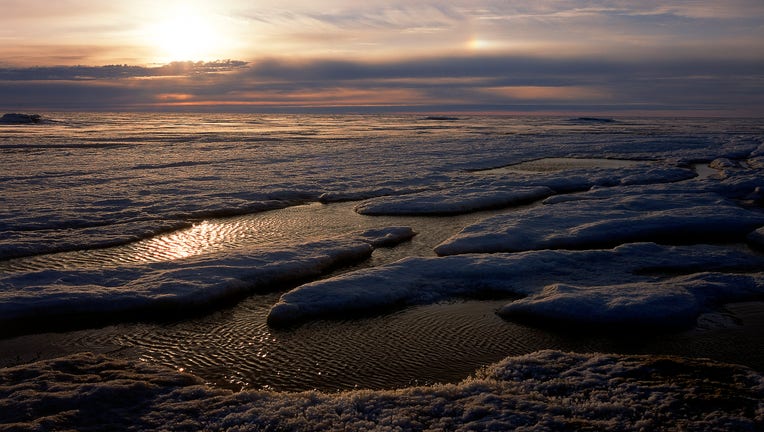 The view from a bush plane as it approaches Cooper Island off of Barrow, Alaska. (Photo by Joe McNally/Getty Images)

Residents of Utqiaġvik, Alaska - formerly known as Barrow - watched the sun dip below the horizon for the final time in 2019 on Monday, marking the beginning of its polar night, 65 consecutive days of near-darkness in this city north of the Arctic Circle.

According to the Weather Channel, the sun set Monday at 1:50 p.m. on Nov. 18 local time, and won't rise again in this town along the Arctic coast until Jan. 23, 2020. Alaska Standard Time is four hours behind Eastern Standard Time.

The farther north of the Arctic Circle, the longer the polar night, which ranges 27 days in Arctic Village to 65 days in Utqiaġvik.

That doesn't mean Utqiaġvik and areas north of the Arctic Circle are now plunged into complete darkness, the Weather Channel said.

"Civil twilight," defined as the point when the sun is 6 degrees below the horizon, allows sufficient light to see objects outside. Civil twilight is about six hours long near the beginning and end of polar night, but shrinks to about 3 hours in the heart of the polar night just before Christmas.

For more information on this story, please click here.

This story was reported from Charlotte, North Carolina.