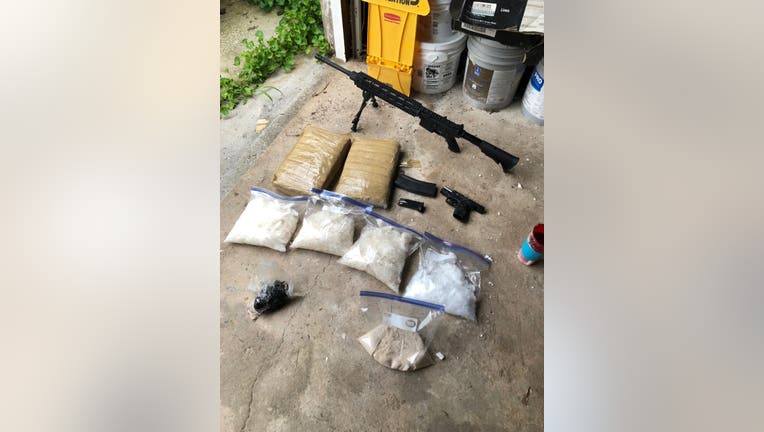 FORSYTH COUNTY, Ga. - A major drug bust in Georgia has led to the arrest of nearly 50 people.

The GBI says the 11-month investigation, which started in August of 2019 and was known as "Operation Taking Care of Business," centered around a major methamphetamine and heroin trafficking distribution ring.

According to authorities, the ring operated in the areas of northeast Georgia down to metro Atlanta.

During the busts, law enforcement executed 12 search warrants. Agents arrested 48 people, some of whom were already in custody at the time.

The searches led police to discover around 50 kilograms of methamphetamine, a half kilogram of heroin, 20 firearms, $70,000 in cash, and six vehicles.

The street value of all the drugs seized was more than $700,000, police said.

GBI Director Vic Reynolds says he would not be surprised if there were more arrests to come.

No agents were hurt during the operation.