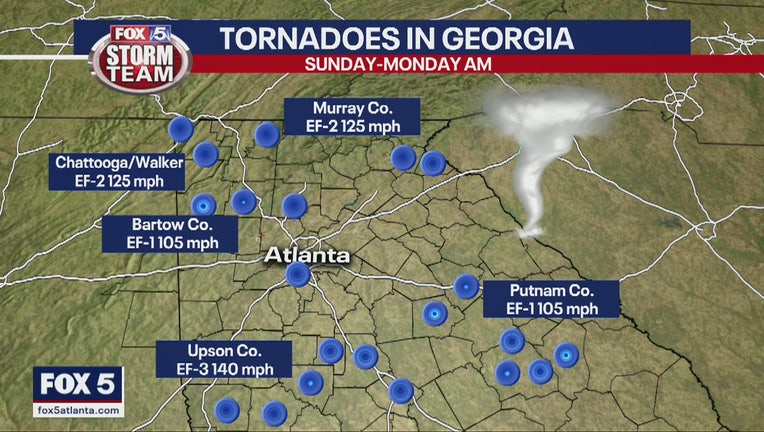 CHATTSWORTH, Ga - In Murray County, one family lost just about everything in Sunday night's violent storms. They live in four homes on family land. All were damaged.  But they're thankful for all the people who have come out to help them pick up the pieces.

"My grandson gathered up bibles and his guns and he says this will protect us, we'll be safe," said Carrie Yother whose home was destroyed by a tornado.

Carrie Yother and her family were hunkering down in an inner room in their house Sunday night. They had been watching the weather. The wind was starting to whip up.  A tornado was heading right for them.

"There was this popping and banging and the house was shaking and we didn't know what was going to happen.  My daughter flung herself on top of her children and was praying," said Yother. 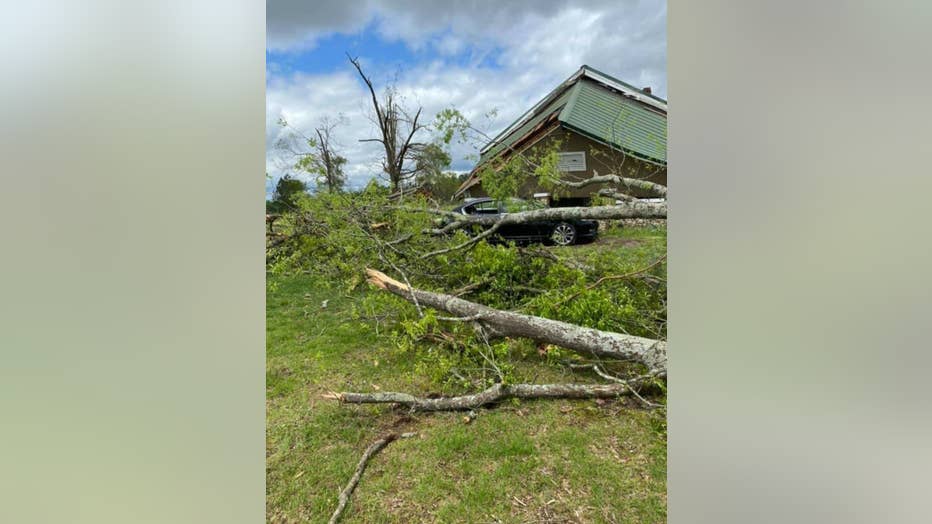 Next door, her nephew barely made it inside her brother's home.

"He opened the door and it was like suction just grabbed him, he had his fingers clenched on to the door frame so hard and his feet were dangling in the air, he was literally hanging there," said Yother.

His father managed to pull him inside just in time.  Then the tornado touched down taking down trees, powerlines and homes.

There are 4 homes on a parcel of land in Chattsworth.  All are family.  The tornado hit all of their homes.  Damage is everywhere. 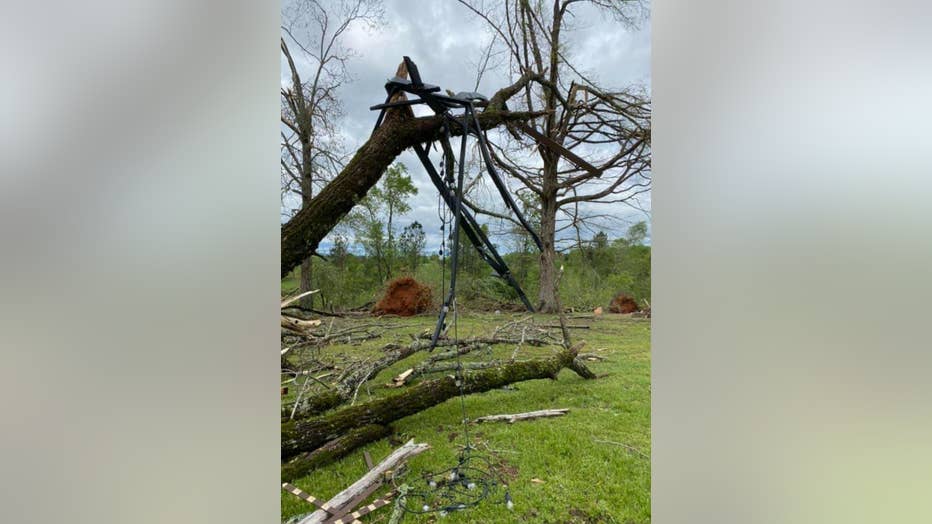 Yother's home once belonged to her grandparents.  5 generations have lived there.

"The house and the stuff, that doesn't matter as much. I have my family and they weren't hurt," said Yother.

She calls that a miracle, and she's thankful for the hundred or so friends, neighbors and strangers who have come by to help.

"There's blessings in the middle of disaster," said Yother.