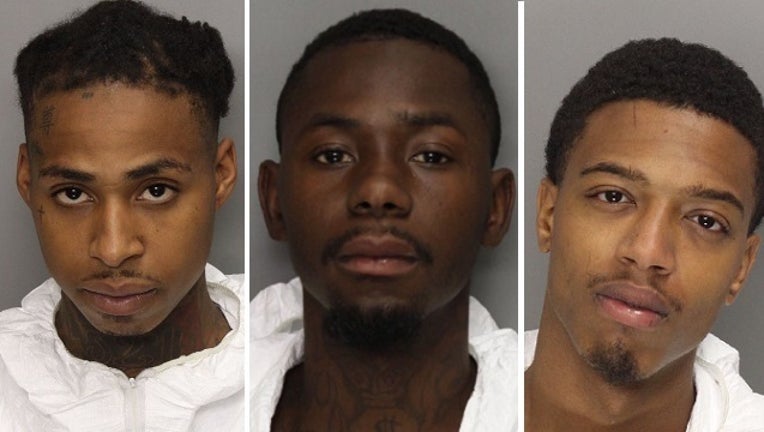 MARIETTA, Ga. (AP) — Police say all three suspects in a gun store break-in face charges of aggravated assault on a police officer and armed burglary after shots were fired at an officer during a break-in at a gun shop near Atlanta.

Police responding to the gun store northwest of Atlanta saw the suspects on the roof and inside the building, and one of them began shooting early Tuesday morning. No one was shot. Police initially took four suspects into custody, but released one of them after determining he wasn't involved.