KEY WEST, Fla. - Three Chinese citizens were sentenced to prison terms this week for illegally taking photographs of sensitive areas inside a Florida naval base.

Lyuyou Liao, 27, was sentenced Friday to 12 months in prison after pleading guilty to illegally entering the Naval Air Station Key West on Dec. 26, 2019 and taking photos and video footage of the Truman Annex portion of the military installation, the U.S. Attorney's Office of the South District of Florida said in a news release.

On Thursday, Jielun Zhang, 25, and Yuhao Wang, 24, were each sentenced to a year and nine months in prison. All three will each be subject to one year of probation.

Zhang and Wang illegally entered the same installation as Liao on Jan. 4 and took photos of infrastructure in Sigbsbee Park and the Trumbo Point Annexes. 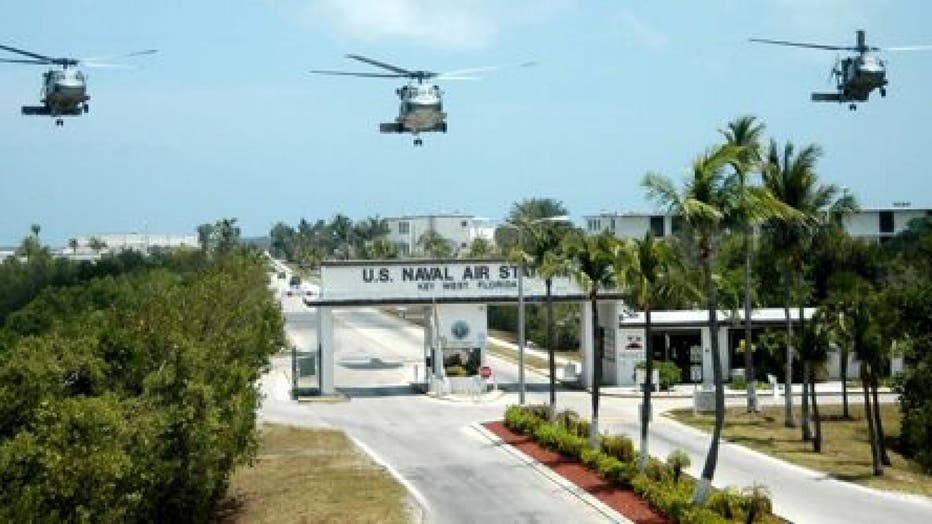 Both men drove to the station and were told by security they could not enter without military identification. They drove onto the property anyway and were taken into custody by authorities 30 minutes later.

The trespassing incidents occurred shortly after two Chinese diplomats were expelled from the United States after they drove onto a military base in Norfolk, Va., that housed Special Operations Forces last year. One of the men was an intelligence officer operating under diplomatic cover.

Another Chinese national, Zhao Qianli, was sentenced last year to one year in prison after admitting to taking photos at the Key West naval base. He was caught with images of the base and military hardware.

His attorney insisted he was only a tourist who got lost.