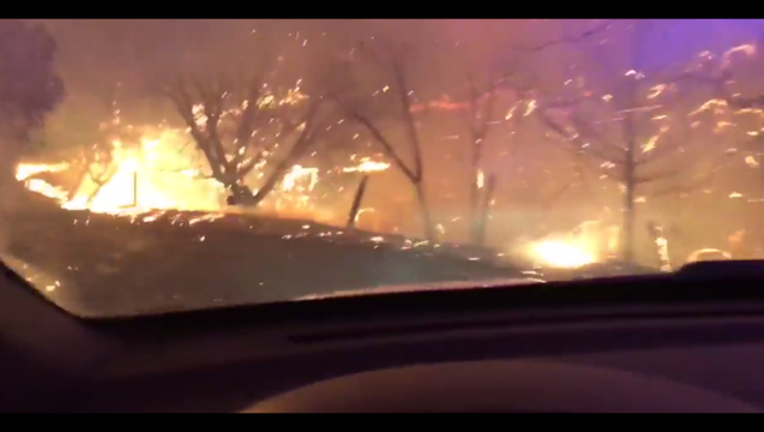 A Sonoma County sheriff's deputy had the presence of mind to grab a cell phone and document what some are saying is the most devastating natural disaster to hit wine country in modern history, where 380 people were reported missing by Wednesday morning and 21 were confirmed dead.

Earlier in the day, the report was that 500 people were missing, but 130 people had been located by early afternoon.

Sheriff Robert Giordano urged that once people are safe, to please contact their families and let them know where they are. He said he understood how frustrating it was for people who couldn't return to their homes because of the wildfires raging around Northern California and Santa Rosa, but he said it just wasn't safe.

In fact, a new evacuation advisory was issued on Wednesday afternoon for the Fitch Mountain area of Healdsburg because of the Pocket Fire above Geyserville and and the Tubbs Fire.

The Tubbs Fire was the main wildfire raging through Santa Rosa in the heart of Santa Rosa. By Wednesday morning, it had scorched 28,000 acres and was 0 percent contained.

He said he would be alerting the public about updates on the sheriff's Nixle system and on the Facebook page.

That's where the sheriff's office posted a dramatic video about 2 a.m. Wednesday taken on Franz Valley Road. Embers fly and hot flames lick the road dangerously close to his car. "This is but one moment in a series of moments that will end up defining the strength of our community through what will be a pinnacle moment in Sonoma County history," the post read. "Be caring for your neighbors. We will get through this disaster together."

For more information on the Tubbs Fire, click here.