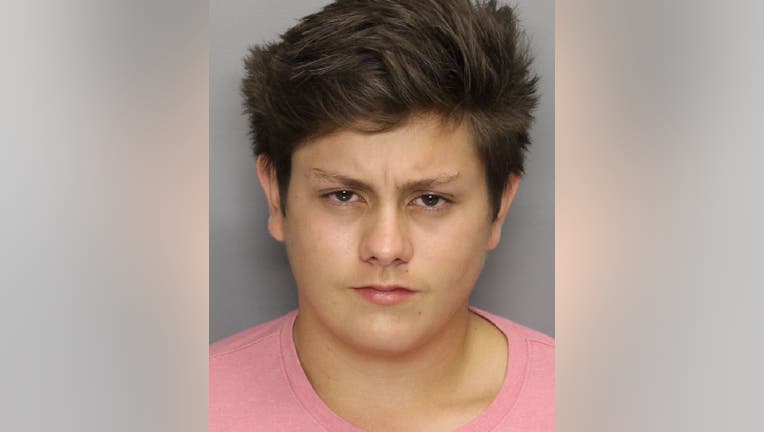 Daniel Broder was charged in the death of a construction worker on Interstate 75. (Marietta Police Department)

MARIETTA, Ga. - Marietta police have arrested a 21-year-old suspect in the hit-and-run death of a construction worker on Interstate 75.

According to the investigation, 30-year-old Chicago resident Martin Rivera, a road construction worker, was putting out signing on the shoulder of the interstate on Sept. 13 when he was hit by what police believed was a black Volkswagen GTI.

The driver of that vehicle didn't stop to help. Instead, they kept driving and the impact knocked Rivera into the path of a second vehicle.

Rivera died due to his injuries.

The investigation continued to Monday morning when officials say they received an anonymous tip about a possible suspect and vehicle.

After working on the tip, investigators located the vehicle and took the suspect, identified as 21-year-old Canton resident Daniel Broder, into custody at his home.

Broder is charged with felony hit and run and felony first-degree homicide by vehicle. He is booked at the Cobb County Adult Detention Center.

"The anonymous tip brought the suspect into custody and will help give the Rivera family closure in this tragic event," the Marietta Police Department.