It is a race between two women for the Democratic nomination for DeKalb County Sheriff.

Mann stepped down last fall paving the way for Melody Maddox to take over until a special election could be held. Mann handpicked Maddox, bringing her to the department in 2019 and promoting her to Chief Deputy shortly before announcing his retirement.

"I'm running for DeKalb County Sheriff because I am the Sheriff," said Maddox. "I want to be sheriff in my community because I'm originally from Atlanta, Georgia. I actually grew up in DeKalb County. I was born at Grady Memorial Hospital.  I'm committed.  I'm dedicated to DeKalb County."

Maddox faces former DeKalb County Sheriff's employee Ruth "The Truth" Stringer, who recently retired from the county after 30 years with the sheriff's office. 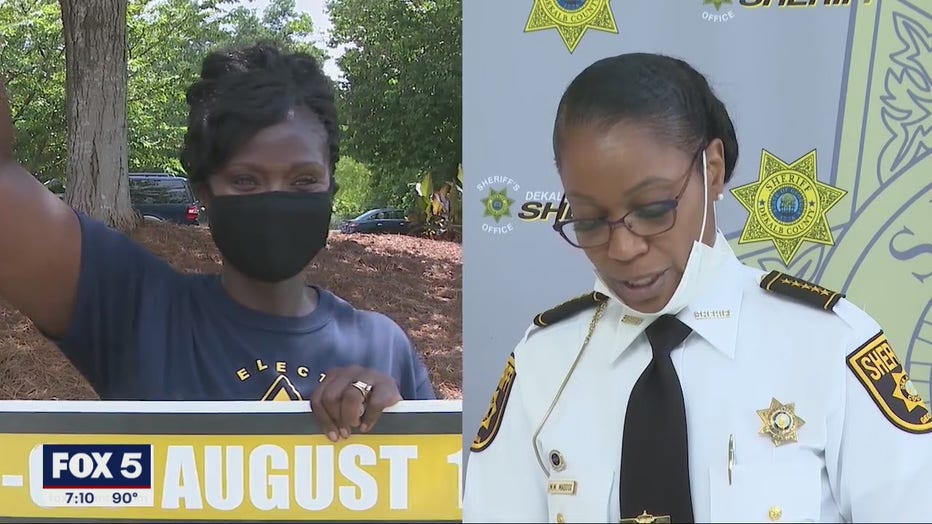 "I'm running for Sheriff because DeKalb County needs a definite change and it needs new leadership. It needs leadership, period," said Stringer. "I would be the only sheriff, if elected, to have ever come up through the ranks and serve as the sheriff and I think that's going to make the big difference in DeKalb County."

Stringer said her top priorities would be improving the image of the sheriff's office, rebuilding trust within the community and eliminating mold and other maintenance issues inside the jail.

"That has to be taken care of because it all goes to the health of the building and the health of the officers," Stringer explained. "I hate to say this, but if DeKalb County is not careful and we don't get the right leadership in, we're going to be looking at building a new jail here shortly and it's going to cost the taxpayers millions of dollars unnecessarily."

Maddox acknowledged the building has aged.

"Do we have issues at the jail?  Absolutely. This is a 25 year old facility that never shuts down.  There's not a light in here that goes out. The doors swing open and back and forth 24 hours, 365 days a year," Maddox said. "But we make it happen. These officers and employees are doing an outstanding job."

If elected, Sheriff Maddox said she would focus on public safety and security for the community, trust and integrity.

"I do understand that DeKalb County has this black cloud over its head a little bit and I want to make sure the people know there is integrity in the sheriff's office and that's what I bring to the agency," Maddox said.

The runoff election is August 11. Whoever wins will serve until January when the winner of November's general election is sworn in. Maddox, a Democrat, faces Republican Harold Dennis in that race.