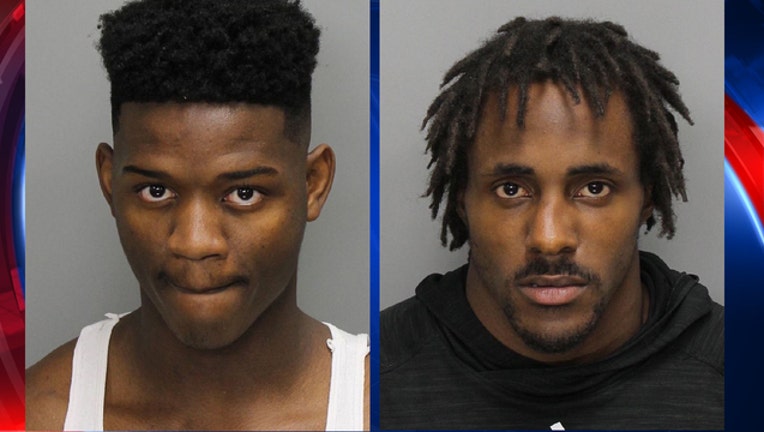 KENNESAW, Ga. - Two Kennesaw State University football players were arrested Wednesday night for armed robbery, according to police. Authorities are searching for two other suspects who do not go to KSU.

It happened Friday at the University's Austin Residence Complex. Kennesaw State University Police said Akebren Rall and Jai'len Edwards were charged with accessory to an armed robbery weapon, a felony, and several misdemeanor charges. They were denied bond.

Athletics Director Milton Overton said both students have been kicked off the team for violating the team’s Code of Conduct. Both Rall, a fourth-year student, and Edwards, a second-year student, were scholarship athletes.

"We are deeply disappointed in the actions of these two young men," Overton was quoted as saying in a release sent to FOX 5 news. "We are one team and one KSU. As such, it is a privilege to compete in intercollegiate athletics at Kennesaw State and we expect our student-athletes to represent the University, alumni, and supporters with the class, honor, and integrity they deserve."

No one was injured in the robbery. Police said the parties involved knew each other.

The names of the other two suspects were not released as of Thursday afternoon.