BARROW COUNTY, Ga. - The Barrow County Sheriff's Office said the two people found dead on Tuesday along the same roadway appeared to be linked to other suspects arrested for an attempted armed robbery.

Deputies were called to the Beech Creek Estates for suspicious people in what are believed to be coronavirus masks around 1:30 Tuesday morning.

Authorities said a woman's lifeless body was found in a car in Barrow County. Authorities on Friday identified her as 19-year-old Erika Contreras.

Winder police later located a man's corpse on the same stretch of Beech Creek Circle. He was later identified as 19-year-old Jose Barrerra.

Both suffered from apparent gunshot wounds. 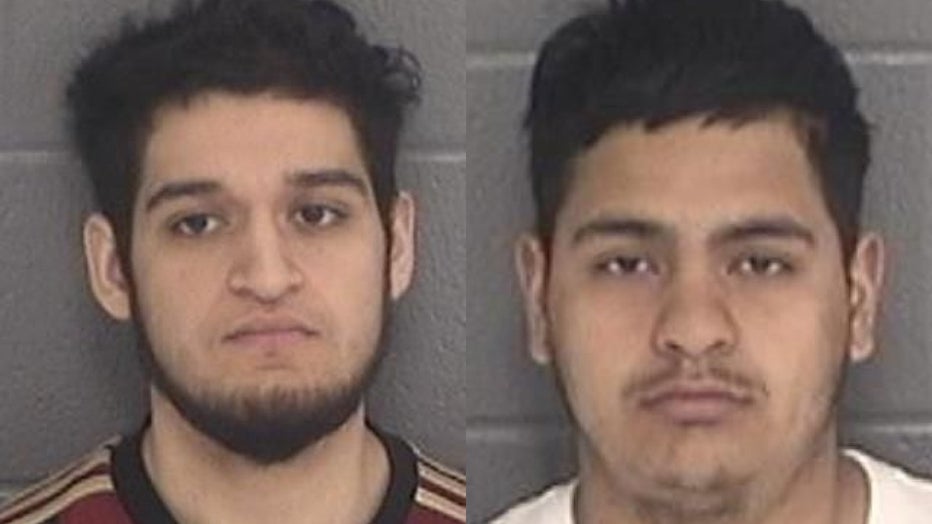 A third person was taken into custody that day and since then, a fourth person was arrested. Investigators identified those as 20-year-old Julio Rivera and 19-year-old Alphonzo Gonzalez. Both were booked into the Barrow County Sheriff’s Office Detention Center on charges of criminal attempt to commit armed robbery and aggravated assault with the intent to rob. Other charges are possible investigators said.

All four are from the Athens area. Investigators said they were in the area to rob a Winder man who was in his vehicle. That man was armed, deputies said, and called 911 after the robbery attempt.

Investigators still have not released the full details behind the crime as detectives continue to piece together the crime.

The name of the victim, who was not injured, has not been released.