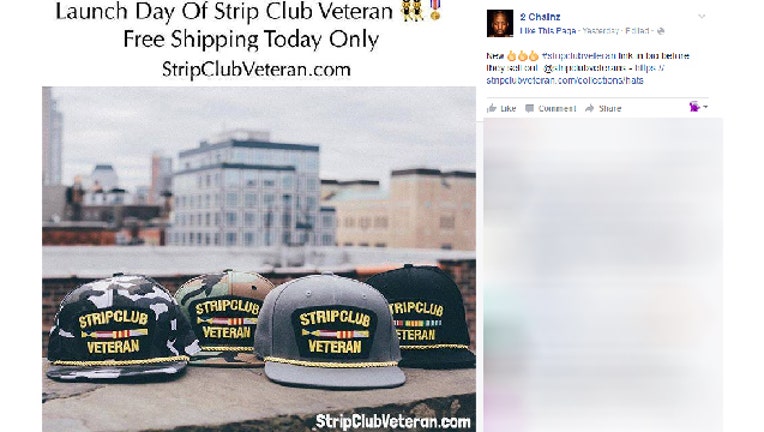 ATLANTA - A clothing line being promoted by Atlanta area rapper 2 Chainz is drawing a lot of ire for its apparent parody of the popular, yet unofficial military veteran badges and hats.

The hip hop artist on his Facebook page posted several pictures and links to a website selling gear with the “Strip Club Veterans” logo which appears to show a cross between a military campaign ribbon and a series of nautical code flags. At least one of the photos posted to his page shows a ribbon which nearly mimics the Vietnam War ribbon save for a few changes. That particular hat wasn’t for sale on the clothing line’s website.

On 2 Chainz Facebook page, it explains “The south birthed the strip club culture. Down here the strip club is what moves hip hop. I been at this a minute....” A similar explanation is given in the About Us section on the actual sale site:

Several people have taken to his page to voice their opposition to the clothing line calling it “disrespectful” and “rude”.