Deputies arrested Kevin Flamer, 20, and Jeffery Kemp, 21, both of Douglasville, for the murder of 42-year-old Thomas Ball Jr.

Investigators said shortly after midnight Monday, deputies responded to a person shot at the Efficiency Lodge on Fairburn Road. Deputies found Ball suffering from multiple gunshot wounds. He was rushed to an area hospital where he was pronounced dead.

Investigators believe Ball had been in a fight with Flamer and Kemp before the shooting.

The sheriff said, in this particular case, he decided to get closely involved, even being the one to handcuff one of the suspects.

The sheriff said Ball died on the way to the hospital.

Ball was a maintenance worker at the Efficiency Lodge and investigators believe he confronted the suspects about being on the property without permission. 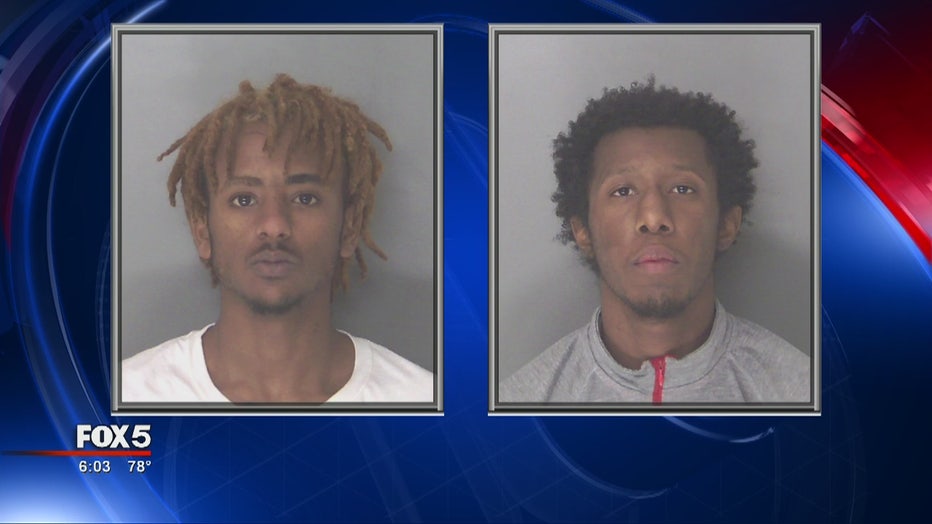