ATLANTA - A brawl inside a Lithonia sports bar has ended with an off-duty officer firing shots and two people transported to the hospital early Saturday morning.

The incident happed around 3:40 a.m. at the Dabomb Sports Grill on Evans Mill Road.

According to investigators, employees ran outside the sports bar and alerted an off-duty officer who was working outside about a fight going on inside the restaurant.

After seeing the brawl going on, the officer went outside to call for backup. That's when police say he heard gunfire from inside the sports bar.

A crowd rushed outside to the parking lot, where officials say shots were again fired.

According to officials, a lieutenant arriving at the scene saw the suspected gunman actively shooting at a vehicle attempting to escape. The lieutenant fired his own weapon, missing the suspect but getting him to stop shooting.

Officers took the suspect into custody as well as another man believed to be involved in the fight inside. Neither suspect has been identified. 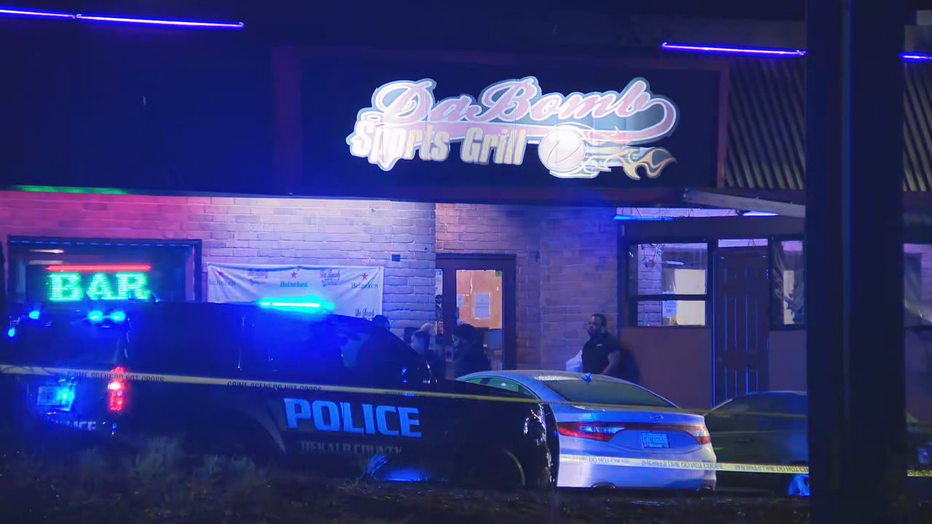 Police say shots were fired both inside and in the parking lot of the Lithonia sports bar.

Two adults were transported to local hospitals due to injuries related to the fight. No one was injured in the shooting.