&nbsp;East Point Police said they found the 11-year-old in the parking lot of Longhorn Steakhouse in the Camp Creek Marketplace.

EAST POINT, Ga. - A mother is pleading for whoever shot her daughter to come forward.

The 11-year-old's mother said she will likely be in the hospital for about a week after just having surgery. She told FOX 5 what her daughter is going through right now is devastating.

It was an unimaginable experience for Essie'ana Mays and her cousins that night.

"She was like 'Essie, help me, help me," Mays described. 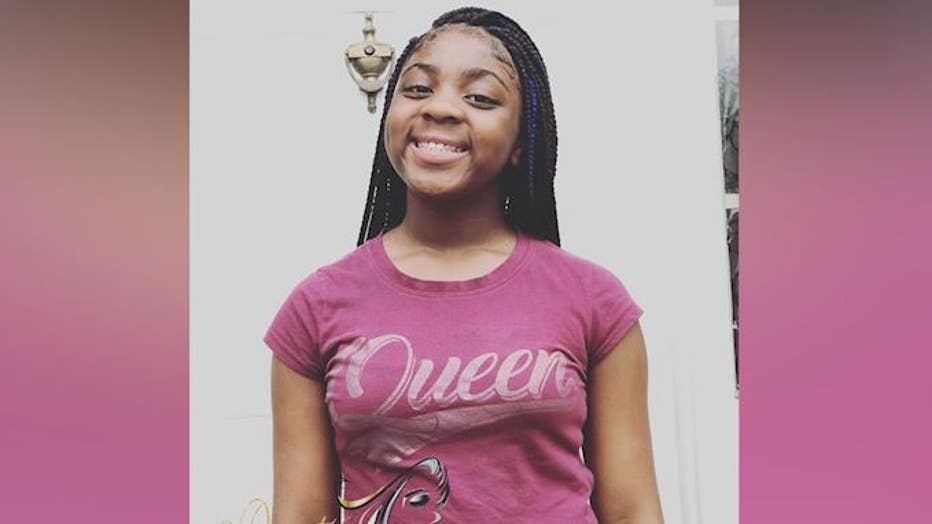 As they all out to see a movie and shop, Mays says her 11-year old cousin MaKenzie was shot in the back.

"I was scared but then I had to calm down because I know these two wasn't gonna be more calmer than me. So I had told them to calm down, so I had called everybody," Mays explained.

MaKenzie’s mother Gabrielle Stephens said it’s one of the worst phone calls she could get.

"I thought I was getting ready to plan for a funeral," Stephens mentioned.

Police said they found Stephens in the Longhorn Steakhouse parking lot. This is near N. Commerce Drive.

"My baby got caught in the crossfire."

That crossfire happening as officers tried clearing a large crowd loitering nearby.

Police said officers began setting up traffic control in the area when multiple gunshots were fired near the intersection of N. Commerce Drive and Shelby Lane.

"I had saw four or five boys running toward from across the street from the Lowe’s to where we were," Mays mentioned as MaKenzie sisters stood beside her.

Mays said MaKenzie was shot as they were running to their aunt's car after things started getting out of control.

"She said 'I'm so sorry.' I said 'it's not your fault. You know, you wanted to have a good time like a little girl is supposed to do," Stephens recalled of their conversation in the hospital.

"She stays home. Just so happens, one day she get out and she’s got a gunshot wound," Stephens detailed.

She said whoever did this needs to turn themselves in now.

Anyone with information about the incident should call the East Point Police Department.