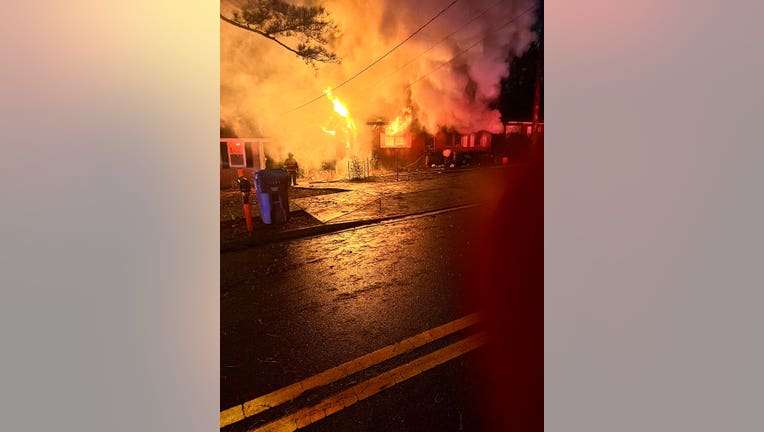 Firefighters responded to the scene of a large fire at a residence in southwest Atlanta on January 16, 2022. (Atlanta Fire and Rescue)

Firefighters found a deceased victim who was ‘covered by debris’ as they worked to contain the fire.