Police say the shooting happened after an argument at a northwest Atlanta convenience store.

ATLANTA - Atlanta police are investigating after several people were injured in a deadly shooting at a food mart in northwest Atlanta.

Police said a suspect fired shots into a crowd after an argument.

According to investigators, the shooting happened shortly after 4 p.m. in the 1500 block of Joseph E. Boone Blvd.

“The whole incident took place at this location. It’s where the shooting originated from. At some point, individuals took off across the street and there was a continuation of gunfire,” Atlanta Police Lt. Pete Malecki said.

Six people were shot, with two of the victims being identified as juveniles, police said.

Four victims were found at the Joseph E. Boone Blvd location, while one victim was found at 345 Lanier Ave. The sixth victim was located at 276 Morris Brown Ave NW. 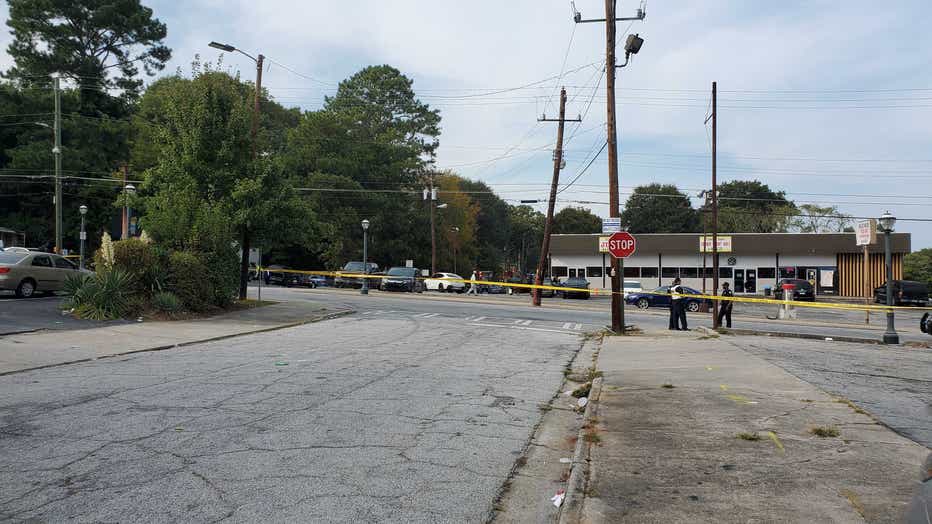 All of the victims were taken to a nearby hospital for treatment. One of the juvenile victims, identified as 13-year-old, Curtincia Jones, was listed in critical condition.

Police later confirmed to FOX 5 that one of the victims, identified as 19-year-old Devontay Barnwell, has died.

“There was a dispute that broke out at the store between two females. Approximately 10 minutes later a red Dodge pulled up and at least three occupants went inside armed with firearms and those males did start shooting inside the store,” Malecki said.

Police said they were able to recover the red Dodge.

Police said there were two witnesses being questioned at headquarters but have not made any arrest.

“I do believe that some of the individuals that were shot might be the suspects but again it’s quite early,” Malecki said.