Game of the Week will be a 7A powerhouse clash

Our Game of the Week for the second round of the playoffs&nbsp;will be a clash between two 7A powerhouses: Milton, the defending state champion, and Marietta, an early favorite to win it all. And handling&nbsp;all the hype surrounding this game is exactly what Milton coach Adam Clack is preparing his team for this week.

MARIETTA, Ga. - Our Game of the Week for the second round of the playoffs will be a clash between two 7A powerhouses: Milton, the defending state champion, and Marietta, an early favorite to win it all.

And handling all the hype surrounding this game is exactly what Milton coach Adam Clack is preparing his team for this week.

"Just like any big game, especially when you're playing such a prolific opponent as Marietta, you're going to really have to be in the moment and weather any swings, whether good or bad, and be extremely efficient on offense and make sure to tackle great on defense," he said. 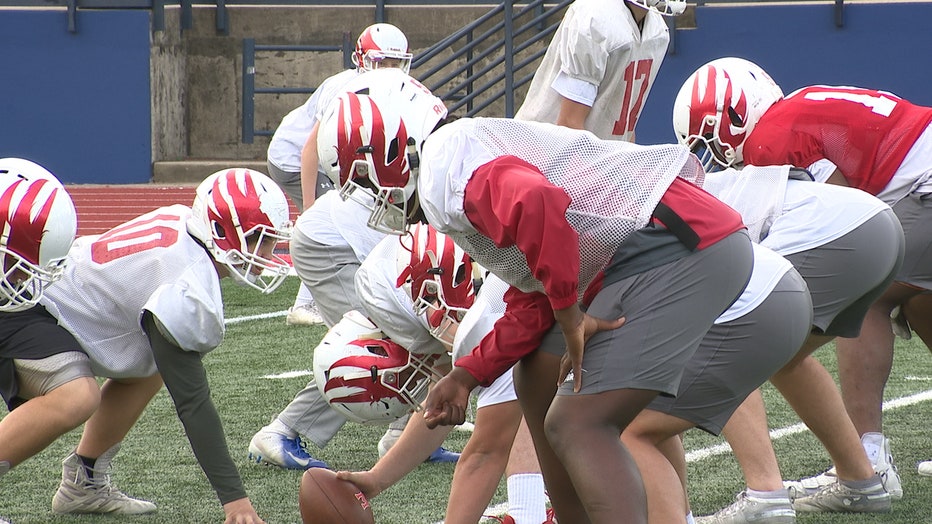 "Teams like that, you don't completely take them away," Clack said. "You have to limit their explosiveness. And we talk all the time about explosive touchdowns, and as long as we can tackle and make them have to snap the ball again, we feel like we've got a shot, especially if the field gets shorter and we get in the red zone with a chance to get a stop."

But Milton has experience doing just that. The Eagles ran away with their first-round playoff game, 42-7, as they limited Central Gwinnett and state's leading passer, Skylar Adams.

Meanwhile, Milton leans on its running game on offense with Ahmad Junearick, who has more than 1,000 yards on the season.

"When we get those opportunities, we've got to make sure we cash in and maximize our points," Clack said.

Clack said the Eagles brought back more than 20 seniors from last year's state-winning squad, and this year, their strength is along the offensive and defensive lines with those upperclassmen.

"Every team, especially in high school, is going to be very different year-to-year," he said. "It's been really cool to see (the seniors) really mature and evolve in this season. It's definitely been a process, straining early on and finding their way."

Game of the Week – Marietta vs Milton

Be sure to catch all the Game of the Week preview action on Friday night, starting during our 5 and 6 p.m. newscasts, culminating with our big show at 11 on FOX 5 Atlanta.