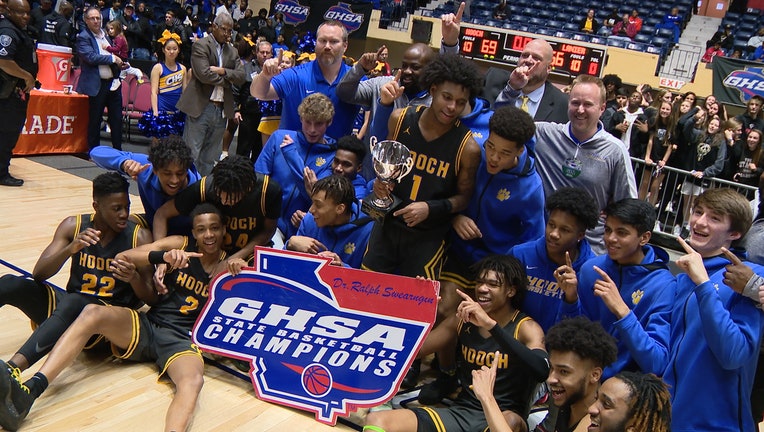 MACON, Ga. - When the boys Class AAAAAA state championship game tipped off, either Chattahoochee or Lanier would claim its first state title.

It was a back-and-forth affair that took overtime to decide, with Chattahoochee winning, 69-66.

The Cougars were led by Cameron Sheffield, who scored a game-high 31 points, including two key back-to-back buckets to open the overtime period, putting Chattahoochee on top for good. AJ White added 22 for the Cougars.

"Every team puts the state championship on their goal list for the year, and the fact that we're able to do that is just an unreal feeling," said Chattahoochee head coach Chris Short. "The kids just battled super hard on both sides. Lanier's a great team. I respect them a lot, but (I'm) super happy for our kids. They've worked their butts off. It's been a long year, as basketball is. I'm just finding words to try to say right now."