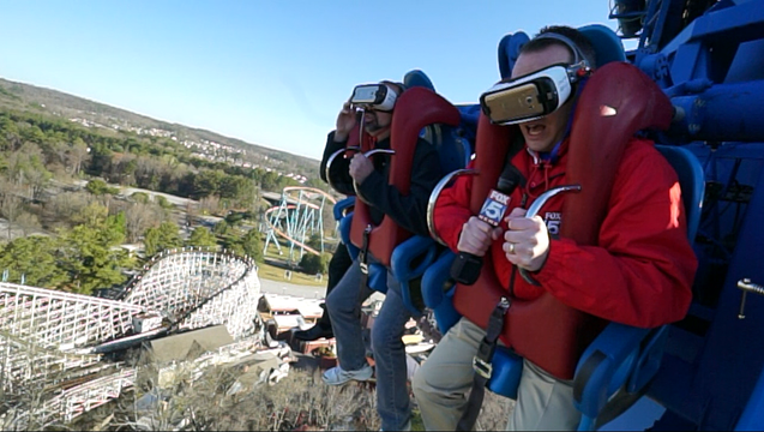 AUSTELL, Ga. - The wait is over for thrill-seekers throughout the region, as Six Flags Over Georgia opens its gates for a milestone season.

The 50th Anniversary season for the Austell theme park officially begins at 10:00 a.m. on Saturday, March 11.  This season will bring one of the most anticipated new experiences in the park’s storied history, JUSTICE LEAGUE: Battle for Metropolis, a high-tech, 4D indoor thrill ride featuring popular DC comic superheroes including Superman, Batman, and Wonder Woman.

JUSTICE LEAGUE: Battle for Metropolis is scheduled to open on May 26.  But just in time for this weekend’s opening, Six Flags Over Georgia is launching the first-ever drop tower virtual reality ride in North America.  In partnership with Samsung Electronics America, Inc., the park will debut Drop of Doom VR (featuring mutant spiders!) on March 11.

Paul spent the morning at Six Flags Over Georgia, getting a first look at what’s new this season.