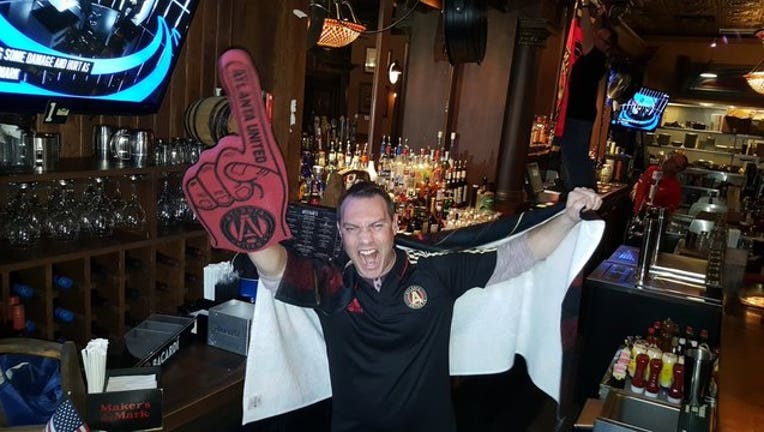 ATLANTA - The arrival of the Atlanta United FC to the sports scene is driving soccer fever to new heights in Atlanta -- and fans who can't see the team in-person can catch every televised match at one of the city's top Irish pubs.

Meehan's Public House at Atlantic Station is offering viewing parties for every televised Atlanta United match (check out the schedule here), giving fans a chance to watch together while enjoying food from the pub's menu of gourmet Irish dishes.

Visitors to Atlantic Station can also check out the official Atlanta United team store, which features official merchandise including t-shirt and jerseys.

Good Day Atlanta's Paul Milliken spent the morning at Atlantic Station, celebrating the Atlanta United FC with some of the team's biggest fans at both Meehan's Public House and the team store.