"I feel good!  And it's always exciting to get to come home and get to introduce some of my things, and see all these dreams come true that I was dreaming when I was a little girl up here in these same mountains."

The latest dream-come-true is “Dolly Parton’s Heartstrings,” an original eight-episode series premiering on Netflix this Friday, November 22nd.  Each episode is based on a song written by the superstar, including the classic “Jolene,” which stars Julianne Hough as the red-haired title character and Kimberly Williams-Paisley as the woman who welcomes Jolene into her life.  Much of that episode was filmed at Metro Atlanta’s Third Rail Studios last year.

Says Hough, "I think this is my third time shooting in Atlanta, and I love Atlanta.  I'm so happy that most people are now moving away from LA to Atlanta because they can get more work there!"  Williams-Paisley adds, "I love filming in Atlanta,  Of course, it's close to Nashville, which I appreciate…it's much easier for me to get to than LA.”

In fact, the entire series was shot throughout Metro Atlanta, an experience earning raves from Parton herself:  "Well, Atlanta is great.  That's really a wonderful place.  I've been there many times, I did Joyful Noise there and some other things, so it was fun."

Pet of the day from PAWS Atlanta:   For more information on how you can adopt today's pet click here.

"Chicken Salad Chick" founder Stacy Brown reveals secret family Thanksgiving recipe on Good Day Atlanta:  She's the woman behind the Chicken Salad Chick restaurant chain.  But we're not making chicken sald with Stacy Brown.  Since we're a week out from Thanksgiving, Stacy is helping you get prepared.  She stops by to share a family recipe for a holiday side dish.   For today's spaghetti and cheese from Stacy Brown see below. For more on Chicken salad chick click here. 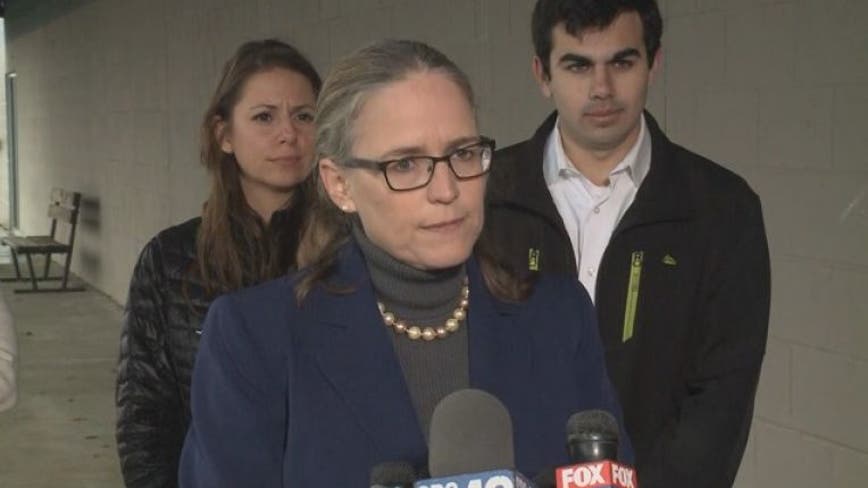