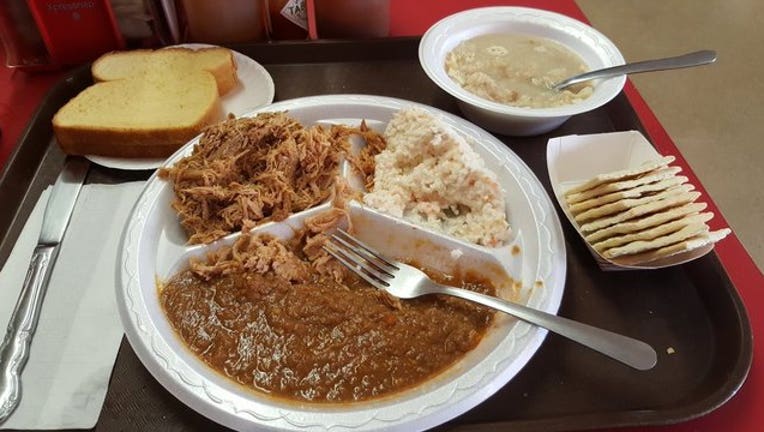 HULL, Ga. - It's not an item you'll find on the menu every day at Bill's Barbeque, but there's been a lot of interest lately in an eyebrow-raising delicacy recently featured on the Travel Channel.

Bill's Barbeque, located in Hull (in Madison County, near Athens) was recently featured on an episode of the Travel Channel show Bizarre Foods with Andrew Zimmern, during which the restaurant served the host some raccoon hash!  The dish was actually a variation on the beef hash served daily, a popular menu item along with chicken mull and barbeque served by the pound and half-pound.  Bill's Barbeque first opened back in 1983, and was purchased in 2014 by military veterans John and Charmaine Means. John is a retired US Army Major and Charmaine is a retired US Army Lieutenant Colonel, both of whom boast two decades of active duty service.

Good Day Atlanta's Paul Milliken spent the morning at Bill's Barbeque -- and while he wasn't so sure about trying any of the now-famous raccoon hash, he was only too happy to taste-test the pit cooked hickory smoked barbeque!