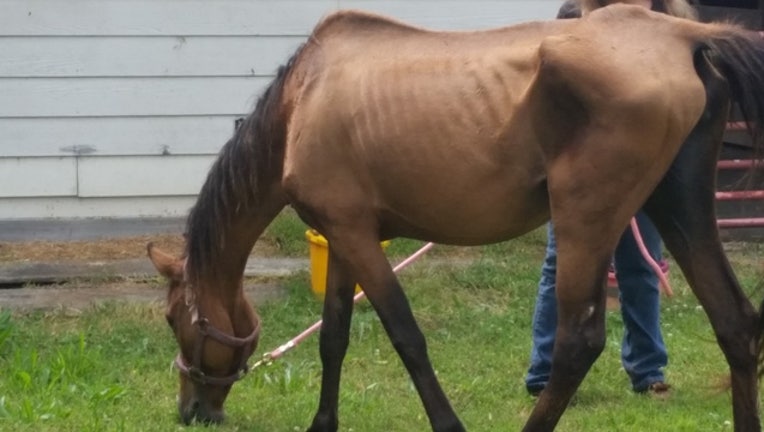 It hurts to look at Dora the horse, impounded, the Department of Agriculture officials say, by an unfit owner.  She's being used as an example for local law enforcement and animal control officers.  The Department of Ag and Georgia Equine Rescue League are teaming up to teach first responders what to look for.  Jutting ribs, open sores like Dora has.

"Counties have the teeth for prosecution that the state does not have," explains Patty Livingston, Georgia Equine Rescue League President.  "So if we work together, we can do more for prosecuting, since you can't fix it with rescue today."

Livingston is talking about the growing horse population, and the owners unable or unwilling to care for the large animals properly.

She and representatives from local agencies are meeting in Cobb County, where a new animal cruelty investigator position was just created.