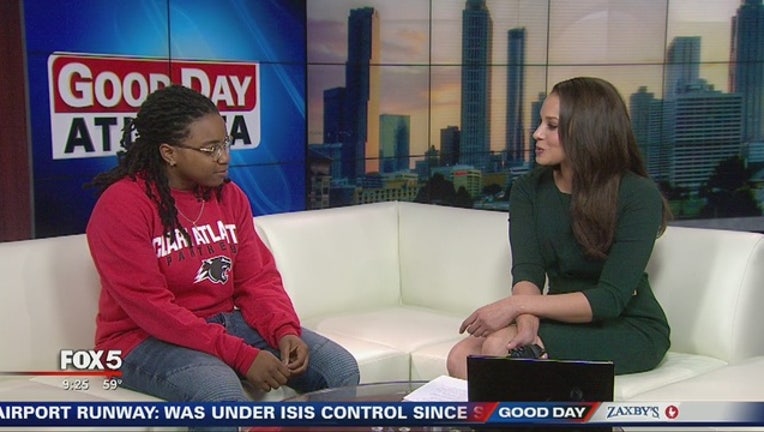 ATLANTA - Clark Atlanta University basketball player Nicole Graham will use the team's final game to honor her aunt who was killed in the Charleston church massacre.

Cynthia Hurd, was one of nine people murdered by Dylan Roof at the Emanuel African Methodist Episcopal Church on June 17, 2015.

During CAU'S Senior Day activities Thursday night, Graham will honor her aunt by retiring a specially created #9 jersey to represent all of the church shooting victims. The  first-year graduate student told Good Day Atlanta's Alyse Eady that she decided to attend CAU specifically to honor the memory of her fallen aunt, who was an alumnus of the university.