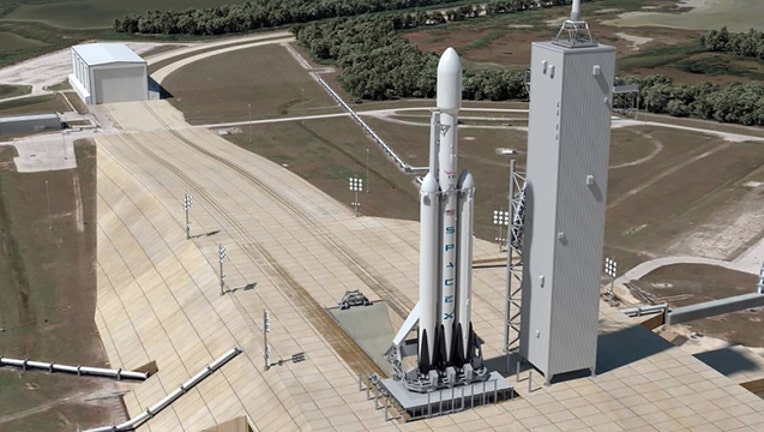 Founder Elon Musk told a space station research conference Wednesday he wants to set realistic expectations for the flight later this year from Cape Canaveral, Florida. The Falcon Heavy will have three boosters instead of one, and 27 engines instead of nine, all of which must ignite simultaneously. No one will be aboard the initial flights. When it comes time to add people, Musk says they'll have to be brave.

SpaceX plans to fly two paying customers to the moon in 2018, using a Falcon Heavy.

Musk says he'd like to ride one of his smaller Falcon rockets to the International Space Station in three or four years.