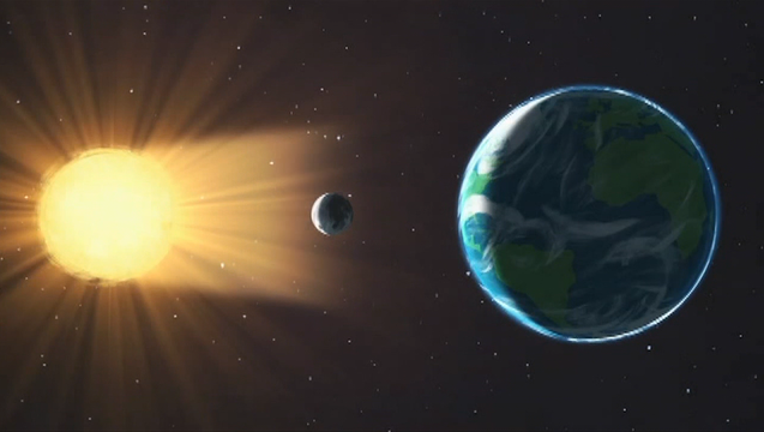 PORTLAND, Ore. (AP) - Alaska Airlines said Monday it will charter a flight over the Pacific Ocean this Aug. 21 so select passengers can view the astronomical event from the sky.

The flight will take off at 7:30 a.m. Pacific from Portland, Oregon and is by invitation-only for about 50 astronomers and serious eclipse chasers. The airline is also holding an online contest starting July 21 for the general public with a prize of two seats on the flight.

A total eclipse occurs when the moon passes between the sun and the Earth, blocking the sun's light.

The path of totality -- the area of complete darkness where the moon's shadow completely obscures the sun -- begins in the U.S. on the Oregon coast before traveling east across the U.S.

The idea behind the flight began last year, when a group of avid eclipse chasers booked tickets on an Anchorage-to-Honolulu flight during an eclipse that could be seen over the Pacific Ocean. They successfully lobbied Alaska Airlines to adjust the flight path so they could see the event from the air, said Halley Knigge, an airline spokeswoman.

The carrier is now reaching out to those same people for this flight, as well as other astronomers, she said.

The trip in the Boeing 737 will take between four and five hours and is limited to about 50 people to make sure everyone gets a good view, Knigge said.