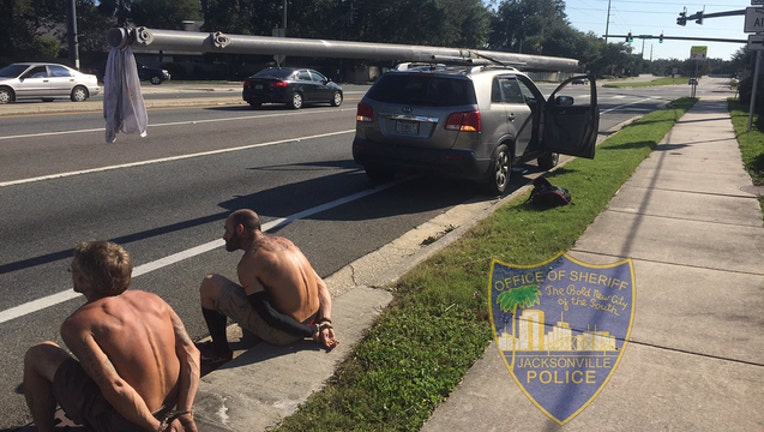 Deputies stopped the pair along Wonderwood Drive in a Kia Sorento, with the utility pole tied-down atop the vehicle.  Authorities indicated that a tip led to the arrests.

"Citizen watching out and officers cleaning up = partnership," the agency tweeted, along with a photograph of the two shirtless men in handcuffs.

The Florida Times-Union reports that the pole was retrieved by JEA officials, who valued it at $2,500.