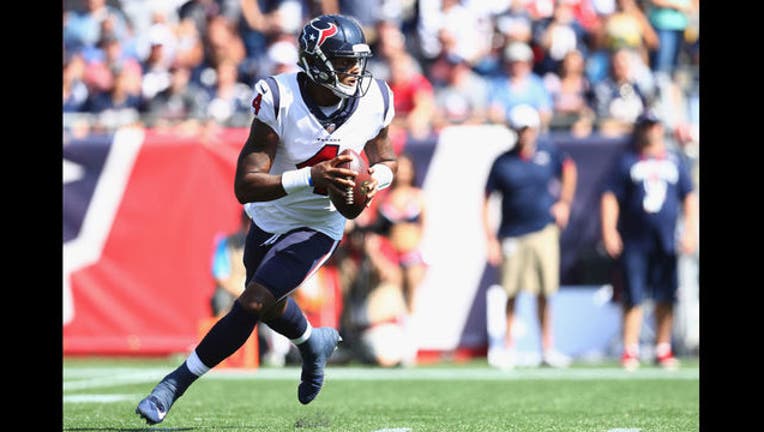 Deshaun Watson #4 of the Houston Texans looks to throw during the first quarter of a game against the New England Patriots at Gillette Stadium on September 24, 2017 in Foxboro, Massachusetts. (Photo by Maddie Meyer/Getty Images)

The team posted a video on Twitter of Watson presenting the check to the three employees.

Watson’s giving nature was legendary when he played quarterback for Gainesville High School in Georgia. During one game, he ignored the play call from his coaches on the sideline and changed the play from a quarterback sneak to a handoff so that a younger teammate could score a touchdown in the state championship game. After winning the title as a junior, Watson refused to go on the stage to hoist the championship trophy, telling those who asked that the seniors deserved to hold the award as a group without him.

He’s known for giving back to teachers and administrators who supported his trek through the Gainesville school system, still finding time to stop in and say hello when he’s in town.