NORTH PORT, Fla. - Emotions are running high among Major League Baseball players after the Houston Astros sign stealing scandal, but that is not enough to sever ties with a long-time Braves star.

Former Atlanta catcher Brian McCann played for the Astros in 2017 and 2018, the seasons which are the subject of the MLB's investigation into the Astros' sign stealing. McCann has not commented publicly on the situation.

McCann retired at the end of the 2019 season after returning to play for his hometown Braves. He is scheduled to be honored during the Braves first homestand of the 2020 season, with a bobblehead night on Monday, April 6, when the team hosts San Diego. 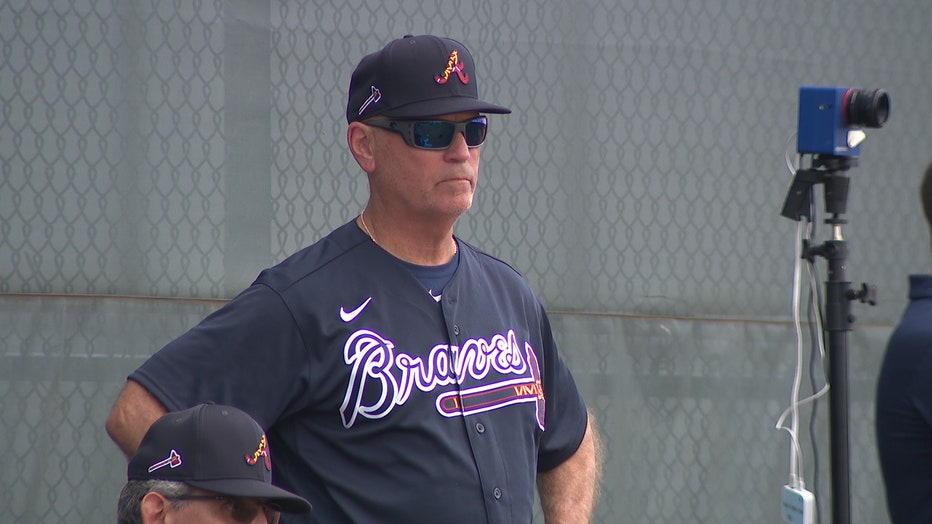 Atlanta manager Brian Snitker was asked on Thursday how he wants the team's relationship to be with one of its former stars, who now is associated with everything that happened in Houston.

"I want [the relationship] to be good," said Snitker. "He's been a big part of this organization for a long time. I don't see, with time and all, I don't know why that can't continue to be a great relationship."

The Athletic reported that multiple players say McCann tried to stop the sign stealing while he was with the Astros but was unsuccessful in that effort.

Snitker was asked if he hopes McCann can be a part of events back in Atlanta, including his bobblehead night and the many alumni events the Braves host.

"Yeah, hope so," said Snitker. "I don't know how all that's going to work out or anything like that. But, yeah, hope so."