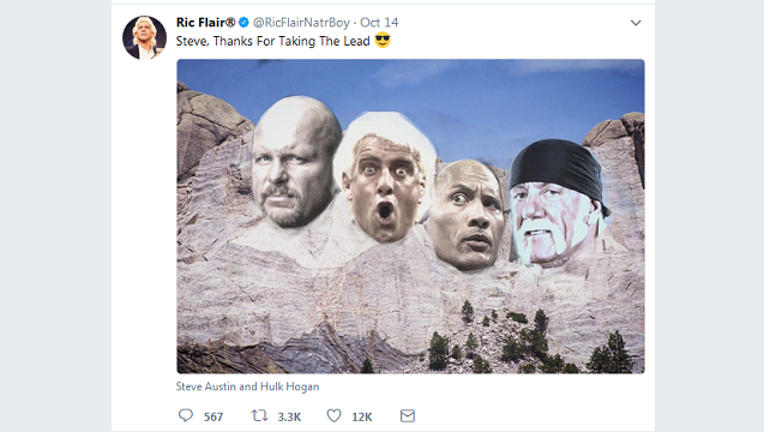 ATLANTA - Who isn't excited to see Ric Flair feeling and tweeting more like his old self again.

The WWE living legend tweeted out a photo of himself, or rather his head, on what can only be described as a wrestling Mount Rushmore.

Flanking the “Nature Boy” are Stone Cold Steve Austin and Dwayne "The Rock" Johnson. Johnson, of course, separating “Naitch” from Hulk Hogan on the far right.

Flair was hospitalized in Atlanta a few months back, but is now appears to be recovering.