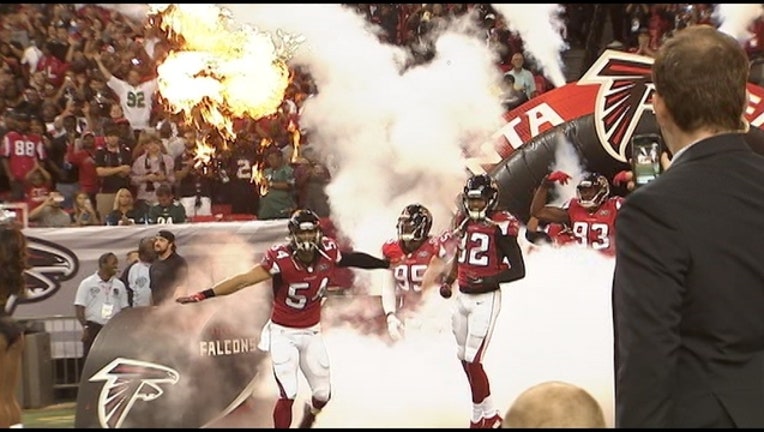 ATLANTA (AP) - Now that the Atlanta Falcons have swept the NFC East, they finally get a taste of their own division.

That comes Thursday night at New Orleans, where the struggling Saints try to slow their archrival's march through the conference.

The Falcons (5-0) have learned how to win the close ones under new coach Dan Quinn, and only Arizona has scored more than Atlanta's 162 points. A thrilling comeback win over Washington — the Falcons have made a habit of those — gave them sole possession of the NFC South lead because Carolina (4-0) was idle.

"We're not going to let anyone else dictate our readiness," said Quinn as he looked at a short week to prepare for New Orleans. "How we play, how we approach each week. We're always prepared to go as long as we to have to. They just won't stop backing off and competing."

Atlanta (No. 5 in AP Pro32) is a 3-point choice over No. 27 New Orleans, which comes off a pedestrian performance in a loss at Philadelphia. The Saints (1-4) can't run the ball or stop the run and only winless Detroit has more giveaways in the NFC.

"You just focus strictly on the game ahead," Saints defensive end Cameron Jordan said. "That's something that's proven to help us and I'm hoping to do the same this year."

When we have a survivor, it's by the skin of the pigskin. Last week, the NEW YORK GIANTS were that team. Whew!

Vikings are well-rested team, Chiefs are banged-up and demoralized one.

Harbaugh vs. Harbaugh in the coaching rematch — oh wait. Older brother Jim is a Wolverine now.

Patriots continue their get-even-with-everybody campaign by — dare we? — deflating Colts.

Anybody have a healthy wideout to lend the Giants?

Bills are too banged-up to slow down the Bengals' express.

Denver's spotless record could get marked here. We think Broncos scrape through.

Panthers' spotless record will get marked, but Seahawks don't do anything easily.

Jets come off bye, get Sheldon Richardson back to boost strong D.

Cardinals hung out at West Virginia resort while Steelers needed every second in San Diego.

Not much to like with either of these clubs so far.

Not much to like with either of these clubs, either. Dolphins coaching change could help.

Forget about 0-16, Lions finally get it right, but barely.