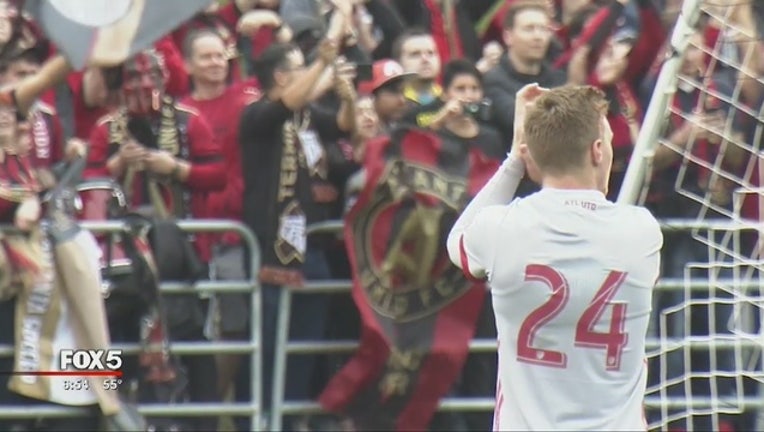 ATLANTA - Atlanta United returns to Bobby Dodd Stadium on Saturday to take on Chicago Fire in an early-season Eastern Conference matchup between two teams above the red line. In addition to a nationally televised audience on UniMas, Saturday will mark the first match in MLS history to be simulcast on Facebook Live via the Univision Deportes Facebook page. Kick-off is scheduled for 4 p.m.

Saturday will also mark the second consecutive sell-out for Atlanta United. With a capacity crowd of 45,000 fans, Atlanta will reach the 100,000 mark in attendance after just two home matches. Only one other team in MLS history has been able to accomplish that, with LA Galaxy doing so in 1996.

Atlanta (1-1-0, 3 points) picked up its first win last Sunday, defeating fellow expansion side Minnesota United FC, 6-1. With the league’s first hat-trick of the season, Josef Martinez was voted MLS Player of the Week. The Venezuelan Designated Player gave Atlanta an early lead in the third minute after collecting a pass from Miguel Almiron. Almiron also had a day to remember, picking up two goals and one assist. His second goal, giving Atlanta a 4-1 lead, won the AT&T MLS Goal of the Week.