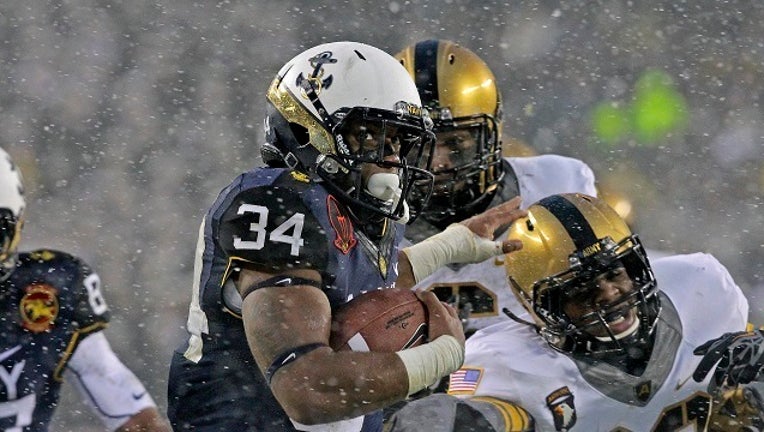 Noah Copeland #34 of the Navy Midshipmen runs for a touchdown in the second quarter during a game against the Army Black Knights on December 14, 2013 at Lincoln Financial Field in Philadelphia, Pennsylvania.(Photo by Hunter Martin/Getty Images)

“The legacy of the City of Brotherly Love and the home of Army-Navy continues to be the benchmark for hosting America's game,” said by Naval Academy Director of Athletics Chet Gladchuk.

“Philadelphia is synonymous with the Army-Navy game, so it is fitting that we are playing at Lincoln Financial Field for four of the next five matchups,” added West Point Director of Athletics Boo Corrigan.