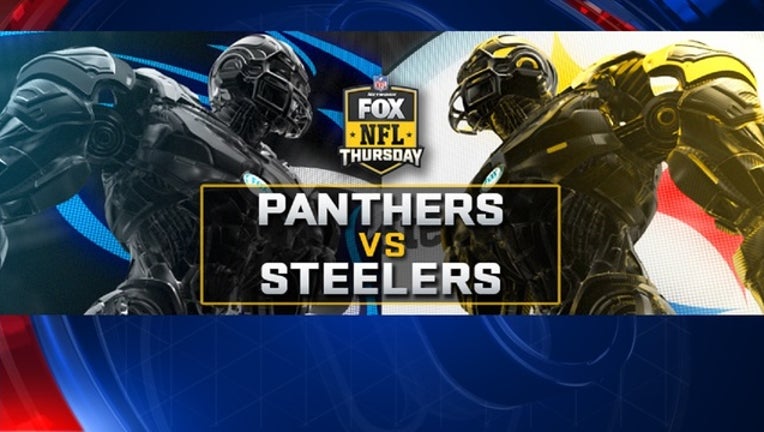 Two teams headed for January football, the Panthers and Steelers, get to test their mettle on Thursday night. It should be a good one in prime time.

Pittsburgh coach Mike Tomlin, who's 1-1 in Super Bowls, isn't admitting any postseason thoughts are in the minds of his players or himself. But he has to like how the Steelers have performed in four straight victories.

"I'm not trying to look for specific areas, I just try to challenge these guys to get better every day," Tomlin says.

"That's what we're focused on. I think that if we do that daily that will give us a chance to produce consistent performances that are on the rise. Not only in the second quarter (of the season) but as we continue through this journey."

The Panthers have won three straight and five of six. They are particularly strong running the ball, though Pittsburgh is stingy in that area on defense.

Carolina trails New Orleans by one game in the NFC South and leads the wild-card chase. Pittsburgh has a half-game lead in the AFC North over Cincinnati.

This could come down to the final play, which would be a treat to begin Week 10.

KNOCKOUT POOL: Pro Picks is on a roll, and the Bears kept it going. This time, we'll buy into underachieving (or under skilled perhaps) GREEN BAY.

Yes, it's a bitter-rivalry game. But Eagles come off a bye, Cowboys off a poor showing.

With Eagles up next, Saints could stumble here. They won't.

That's a lot of points for a game that many Seahawks fans will attend.

Pro Picks rarely is afraid to lay so many points. So ...

First of two meetings in less than three weeks.

Redskins' record could plummet with all those O-line injuries.

Brady has Patriots in their usual fine November form.

Are the injury-ravaged Falcons in midst of a turnaround?

We ask once again: Have Raiders given up?

Dolphins have better record, Packers have much better team.

Could there be a worse matchup this weekend? Well, see below.

Could there be a worse matchup? Well, see Monday night.

The worst matchup. And in prime time.