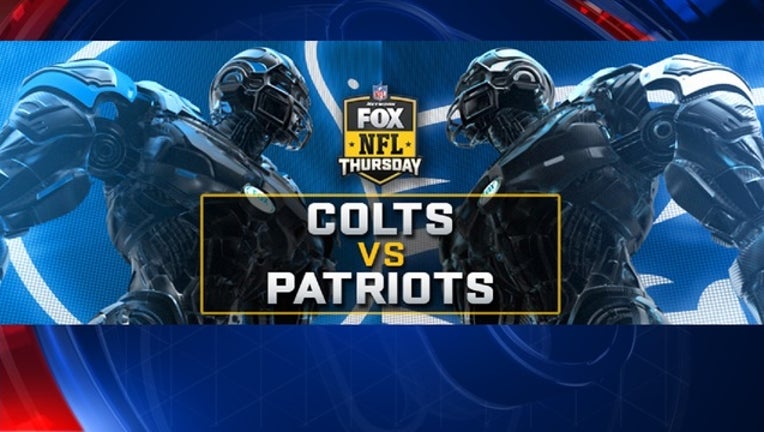 Pardon us, but there's no deflating the focus whenever Andrew Luck and the Colts head to Gillette Stadium.

Like everyone else, Pro Picks would be leaving its readers flat if it didn't mention the saga of footballs without enough air that penetrated the AFC championship game in the 2014 season when New England hosted Indianapolis.

It would also be shirking our responsibility to ignore the fact that, like four years ago, this is pretty much a mismatch. The Patriots get back Tom Brady's favorite wideout, Julian Edelman, a few days after seemingly fixing their problems on both sides of the ball as they routed Miami.

The Patriots have won the past five regular-season matchups and the past seven overall.

New England, No. 7 in the AP Pro32, is a hefty - some might say inflated - 10½-point favorite over No. 25 Indianapolis. We think it's no problem giving up that many.

KNOCKOUT POOL: The Jaguars did the job rather easily against the Jets last weekend. This week, we'll get it out of the way early with the PATRIOTS.

The Giants are showing no reason to think they can stay with the fresh and skilled Panthers.

This line basically means who will win. Detroit will.

The Jaguars have a defense to slow Chiefs Express, end KC's unbeaten season.

Chiefs loss would leave one unbeaten team, which will remain so.

Dangerous game for Ravens after win at Pittsburgh.

The Dolphins were exposed in New England and face a surprisingly strong Bengals squad.

A rematch of NFC title game, with both teams struggling in 2018. The Eagles are a different club at home.

A Texas showdown to be decided by the defenses. Houston's is better.

Looks like these Saints can beat you a bunch of ways, not just with Drew Brees.

The Bills showed just how bogus that upset of Minnesota was last week by getting routed at Green Bay.

We don't believe in the Giants or the Jets.

Somehow the Raiders keep every game close. This one, too.

Both teams showed more than expected last week. And lost.