Carter completed 18 of 30 passes for 364 yards, and added 96 on the ground. Korey Banks and Elijah Bell each caught a pair of scoring passes for NCA&T, which has beaten Alcorn State in three of the five Celebration Bowls - including two straight.

Alcorn State quarterback Felix Harper passed for 341 yards and three scores, but the Braves trailed 24-10 at halftime and NCA&T steadily stacked points from there. 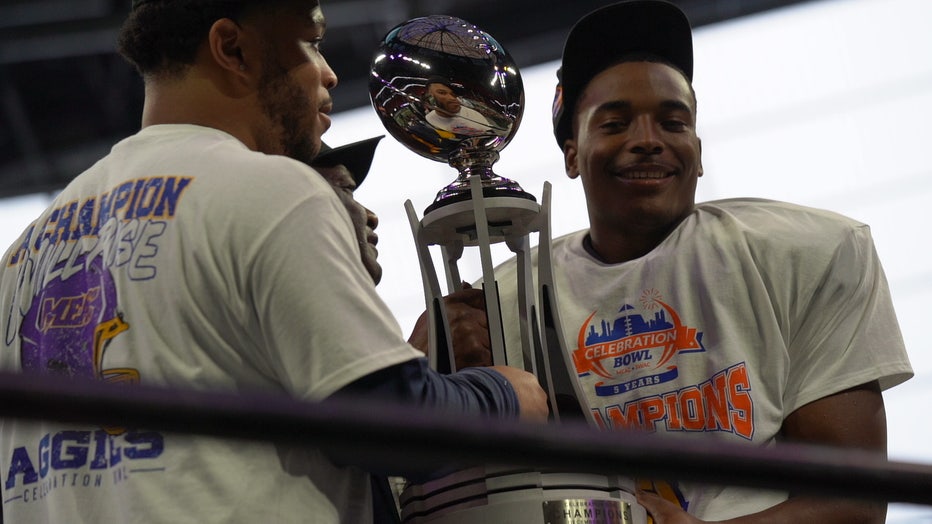 NCA&T took the lead when senior Bell ran past the Alcorn State secondary and pulled in a 53-yard touchdown pass with 13:03 left in the second quarter. That was good for a 7-3 edge and extended Bell’s school record to 32 career touchdowns receiving.

That 10-7 advantage didn’t last long, as NCA&T scored the final 17 points of the second quarter. The Aggies had a 59-yard touchdown pass to Zachary Leslie and a 4-yard scoring pass to Korey Banks around a 28-yard field goal from Noel Ruiz to take a 24-10 lead at halftime. The field goal came shortly after freshman linebacker Jacob Roberts intercepted Harper's pass and returned it 28 yards to Alcorn State’s 5-yard-line.

Jah-Maine Martin helped NCA&T put the game away in the third quarter. He rushed seven times in 0the first half for one yard, but he took the first play of the second half 75 yards off right tackle to score. Martin gained 117 yards rushing in the period. He finished with 110 yards on the ground. 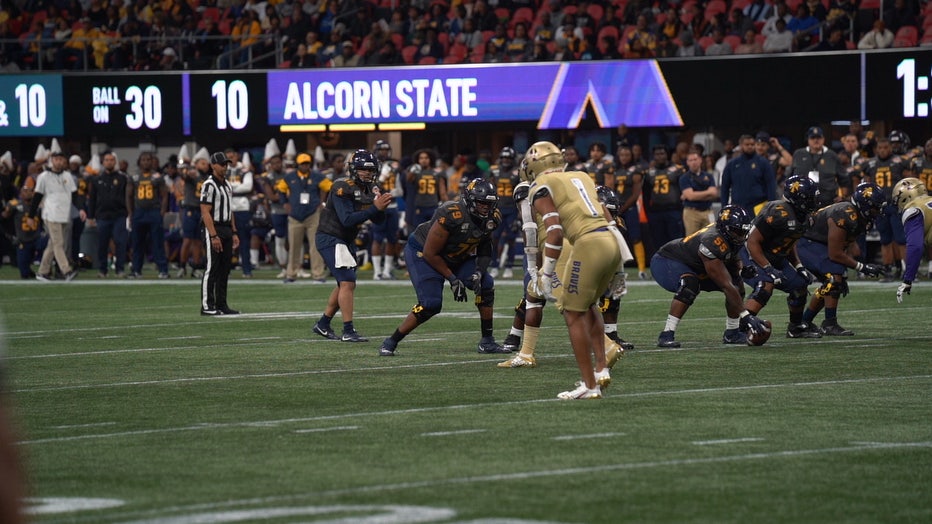 Although Alcorn State countered quickly when Harper scored on a six-yard run to cap a 10-play, 75-yard drive, NCA&T was quicker to answer when another long pass by Carter found Aggies wide receiver Ron Hunt wide open deep for a 43-yard score and a 38-17 lead early in the third.

The Braves entered the game No. 1 in the nation among FCS schools with 34 takeaways, and they stripped NCA&T’s Banks on a punt return to set up possession at the Aggies’ 23-yard line. Four plays later, Corey McCullough kicked a 28-yard field goal for the early lead with 3:17 left in the first quarter. 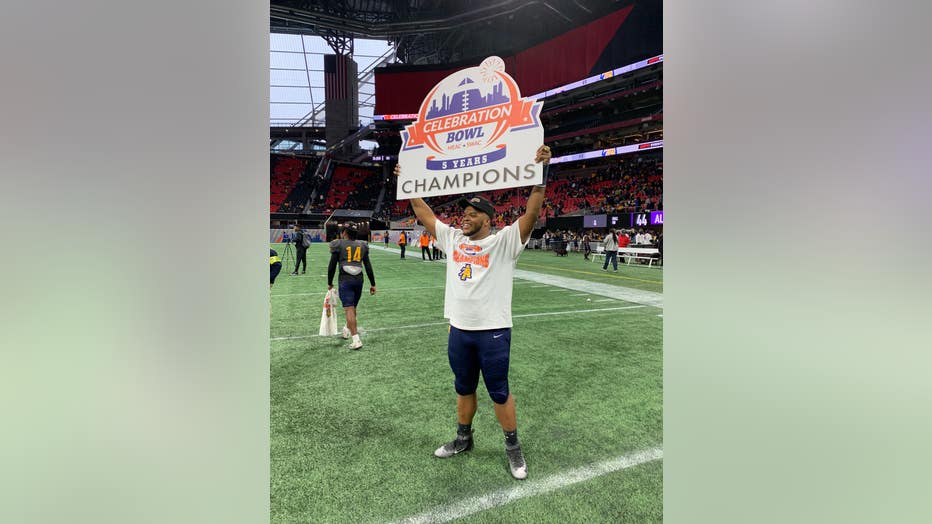 Alcorn State: The Braves were plenty potent on offense and battled from start to finish, but they simply couldn't keep NCA&T wide receivers in front of them as the Aggies were wide open time and time again.

North Carolina A & T: Even with their gaudy passing numbers, the Aggies ran a fairly balanced attack. They rushed the ball 33 times for 210 yards.

Alcorn State: Harper may return at quarterback as a fifth-year senior, but the Braves will lose seven starters on offense and five on defense. Running back De’Shawn Waller, who played a lot this season, also is a senior and will depart, and kicker/punter Corey McCullough is a senior as well.

North Carolina A & T: Quarterback Kylil Carter’s eligibility is expired, and the graduate student will be one of four offensive starters to depart while the defense is slated to lose five starters. The Aggies figure to return a good amount of offensive firepower with wide receivers Korey Banks, Israel Spivey and running back Jah-Maine Martin all in line to return for NCA&T.