INDIANAPOLIS - The NCAA announced Monday it plans to hold the entire 2021 men’s college basketball tournament in one geographic location to mitigate the risks of COVID-19 and is in talks with Indianapolis to be the host city.

The Final Four is already set to be held in Indianapolis next April and the NCAA has its headquarters in the Indiana capital.

Early-round games had been scheduled at 13 predetermined sites across the country. Moving those to one location would allow a safe and controlled environment with venues, practice facilities, lodging and medical resources all within proximity of one another.

No decision on how to handle the women's NCAA Tournament has been decided yet. 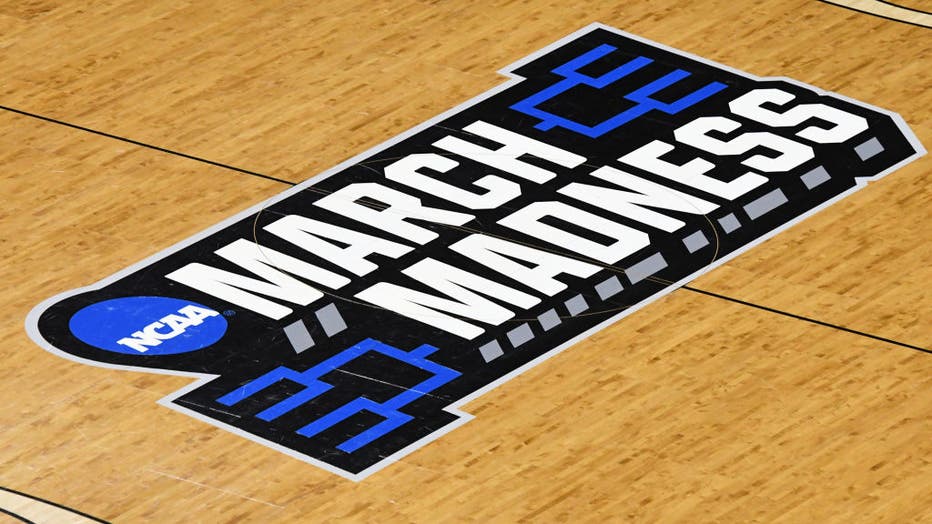 The NCAA March Madness logo on the floor during the NCAA Basketball First round practice session at the VyStar Veterans Memorial Arena on March 20, 2019 in Jacksonville, Florida. (Photo by Mitchell Layton/Getty Images)

“The committee and staff have thoughtfully monitored the pandemic to develop potential contingency plans,” NCAA President Mark Emmert said. “The Board of Governors and my top priorities are to protect the health and well-being of college athletes while also maintaining their opportunity to compete at the highest level. These principles have guided the decision-making process as we continue to assess how to have a fair and safe championship experience.”

The NCAA set a Nov. 25 start date for the college basketball season as it tries to bounce back from the tournaments being canceled last spring due to the coronavirus pandemic.

Schools have scrambled to fill schedules while rising positive coronavirus tests have wreaked havoc on the college football, causing the cancellation of more than 60 games.

Emmert earlier floated the idea of playing the NCAA Tournament in a bubble after the NBA and NHL managed to complete their seasons with similar setups.

“We have learned so much from monitoring other successful sporting events in the last several months, and it became clear it’s not feasible to manage this complex championship in so many different states with the challenges presented by the pandemic,” said Dan Gavitt, NCAA senior vice president of basketball. “However, we are developing a solid plan to present a safe, responsible and fantastic March Madness tournament unlike any other we’ve experienced.”

It might be a while before the women’s basketball committee decides what it wants to do with the tournament. Since 2015, the first two rounds have been played on home campuses of the top 16 seeds. Those aren’t known until Selection Monday, so there are no predetermined sites.

The women’s Final Four next March is set for San Antonio and the regionals are supposed to be played in Albany, New York, Austin, Texas, Cincinnati and Spokane, Washington.