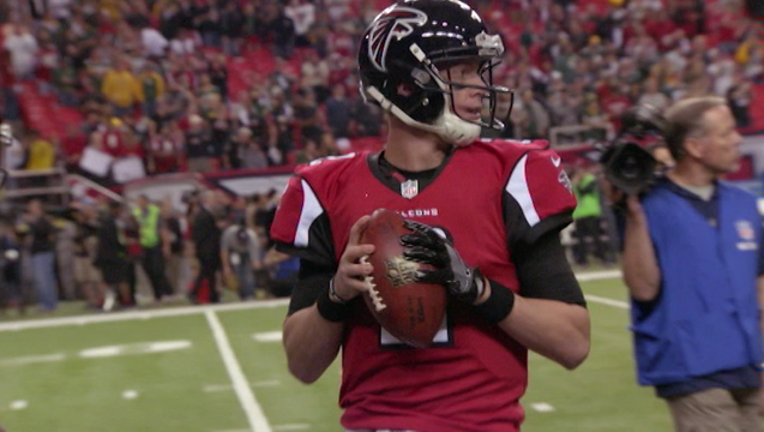 ATLANTA - Atlanta Falcons quarterback Matt Ryan took to Twitter to thank Atlanta sports fans and to encourage them to support all of the professional teams in the city.

The video post comes days after Ryan won the NFL Most Valuable Player award and the Falcons lost Super Bowl LI to the New England Patriots. Ryan threw for 284 yards and two touchdowns in the deflating loss. The Falcons were up 25 points in the 3rd quarter, but ended up falling to the Patriots in overtime.

Ryan also posted a message to Instagram earlier in the week about the Super Bowl loss, and how he feels for the city of Atlanta. He also gave credit to the Patriots for the win.