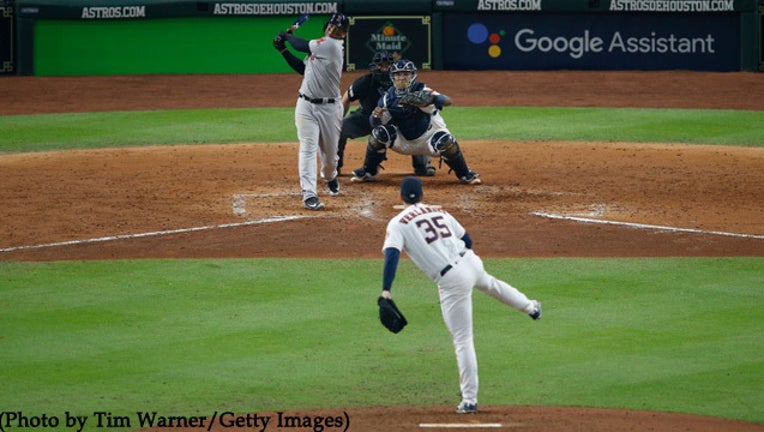 Rafael Devers of the Boston Red Sox hits 3-run home run against Justin Verlander #35 of the Houston Astros in the 6th inning of Game 5 of the American League Championship Series at Minute Maid Park on Oct. 18, 2018. (Photo by Tim Warner/Getty Images)

HOUSTON (FOX 26 / AP) - David Price put his postseason woes behind him, pitching the Boston Red Sox back into another World Series with a 4-1 victory over the defending champion Houston Astros on Thursday night.

Rafael Devers hit a three-run homer as the Red Sox stunned Justin Verlander and the Astros in Game 5 of the AL Championship Series to win the best-of-seven set 4-1, a perfect 43rd birthday present for rookie manager Alex Cora. After dropping the opener at home, Boston took four straight - including three in a row at Minute Maid Park to improve to 5-0 on the road in these playoffs.

Los Angeles has a 3-2 lead in the NLCS going into Game 6 on Friday night at Miller Park.