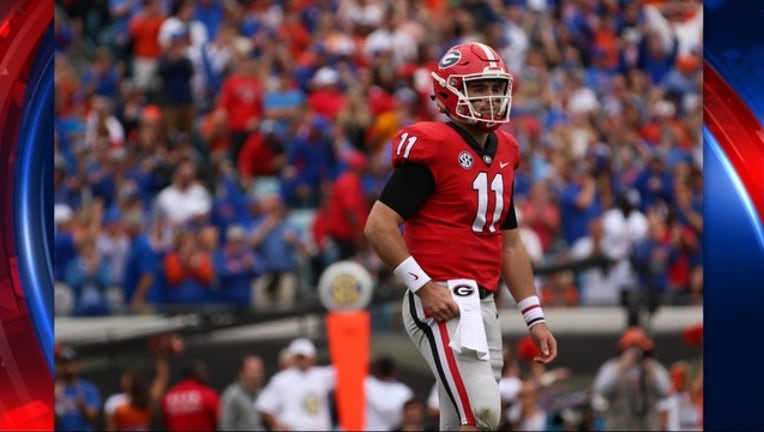 ATHENS, Ga. - Bouncing back from arguably his worst game in college, Georgia quarterback Jake Fromm picked up an honor Monday for his play against Florida.

The Southeastern Conference named Fromm the league’s co-Offensive Player of the Week Monday following his performance versus No. 9 Florida in Jacksonville, Fla.

Fromm, a native of Warner Robins, Ga., went 17-for-24 for 240 yards and three touchdowns, which tied his career high, to stay perfect against the Gators.  Fromm connected on all three of his touchdowns on third downs for 16, 12 and 24 yards.  He directed an offense that piled up 429 yards against Florida’s defense and connected with seven different receivers.

This marks Fromm’s first SEC weekly honor of this kind.  He received SEC Freshman of the Week honors three times in 2017.  Fromm is the second Bulldog to earn an SEC weekly honor after place-kicker Rodrigo Blankenship garnered the Special Teams Player of the Week recognition following the win at South Carolina.