A New Jersey high school football game that was cut short when three people were shot will resume at the home field of the Philadelphia Eagles.

PHILADELPHIA - Two New Jersey high school football teams will be in Philadelphia to resume a game that was interrupted by a shooting that left a 10-year-old boy in critical condition.

The 4 p.m. game between Pleasantville High School and Camden High School will be played at Lincoln Financial Field on Wednesday.

Each high school will be provided a defined number of free passes, specifically for distribution to players’ parents and family members. The game will be closed to the general public.

“It’s extremely unfortunate that a senselessly violent act has impacted this game, and there will certainly be a wide range of emotions along both sidelines," Larry White, executive director of NJSIAA, said in a statement.

"However, thanks to the Eagles’ generosity and community spirit, Pleasantville and Camden student-athletes and their families will have an opportunity to write their own ending to this game. They’ll compete on a world-class stage, sending a clear message that violence will not win."

Six men were charged in connection with the shooting, including the alleged gunman and one of the three people wounded in what authorities said was the result of “petty vengeance.” 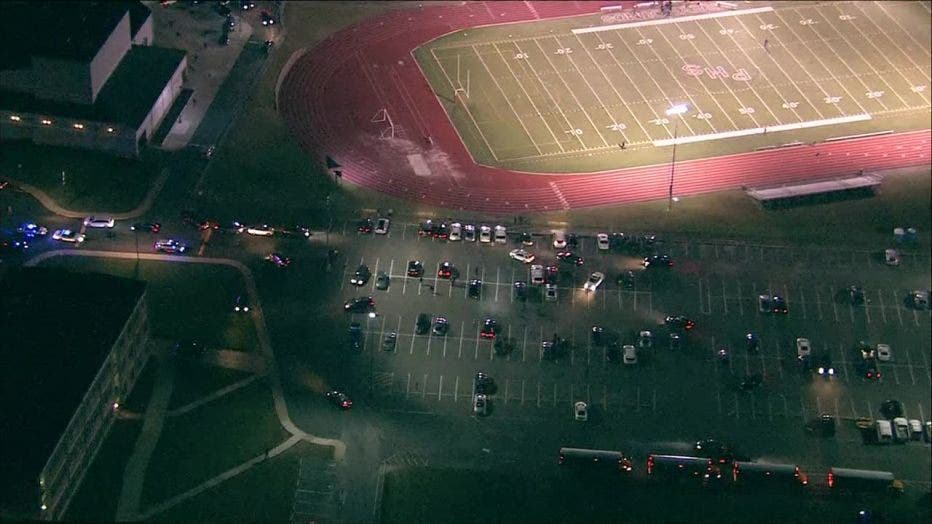 The wounded man, Ibn Abdullah, 27, was the target of the shooting and was charged because a gun was found on him when emergency responders went to his aid, authorities said during a news conference at the school. He is in stable condition and will be undergoing surgery.

A GoFundMe set up on behalf of the 10-year-old has raised more than $20,000 as of Wednesday morning.

The shooting at a packed Friday night playoff game between the Camden Panthers and the Pleasantville Greyhounds sent fans and players frantically running for safety.

Authorities declined to discuss what led to the shooting, citing the ongoing investigation, but said it did not appear that any of the men charged had any connection to the game.

"Unlike some of the shootings that have occurred on school premises throughout the country, this incident had nothing to do with the students of Pleasantville High School or Camden High School," Atlantic County prosecutor Damon Tyner said in a news release.

"The venue simply presented an opportunity for criminals to pursue their own form of petty vengeance against one another. As a result, an innocent child was caught and injured in their crossfire. Our community will not be held hostage by a few idiots intent on jeopardizing our safety and the safety of our children."

Tyner said Alvin Wyatt, 31, of Atlantic City, was charged with three counts of attempted murder and two weapons counts. Authorities said Wyatt was captured in the end zone moments after the shooting by a Pleasantville officer who was part of the security detail assigned to the game.