ATLANTA, Ga. - Falcons fullback Keith Smith is best known for reading the movements of linebackers, and pages through playbooks during his day job. Now, however, he's trading blocks for books.

"My mom kind of came to me with the idea," said Smith.

The 6-year NFL veteran started a new online story time event for kids as so many people around the country are staying indoors during the coronavirus outbreak. Smith is in that group: his family includes a young daughter, and they are socially distancing along with his brother-in-law's family, former NFL player Jason David and his young daughters. 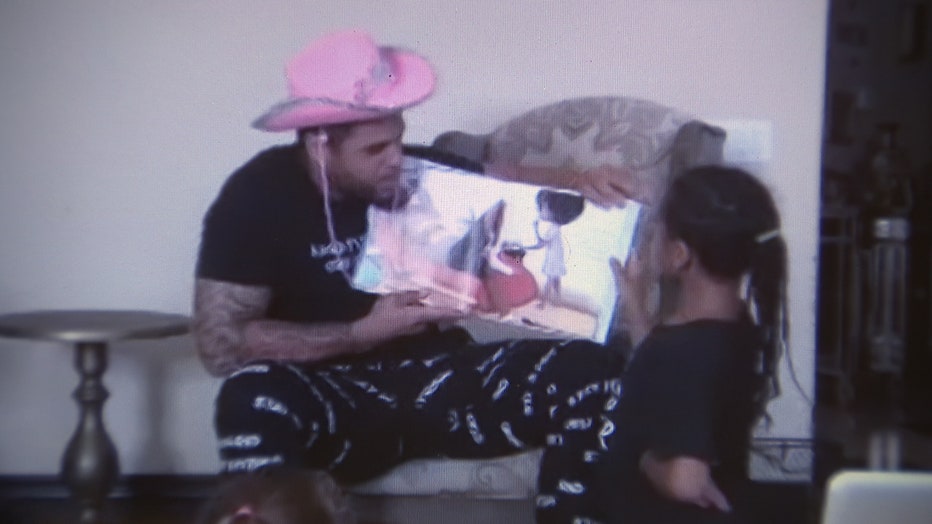 The Falcons fullback started a free online event to encourage kids to read while socially distancing.

That, along with the idea from his mom, led to "Books with Beef" -- "Beef" is Smith's nickname. Smith is hosting a Zoom conference call every Wednesday at noon, and inviting people to hop on to read together.

"I think that's the essence of life, paying it forward," said Smith. "Handing it down to the next generation."

Smith says he's always enjoyed reading at schools: he's done it in his hometown, and also in metro-Atlanta as a representative of the Falcons. After some Zoom conference calls among his family, he came up with the plan for "Books with Beef."

The first chapter of the event was this past Wednesday, and it was not a single-story affair. Smith started by reading a book with his daughter and nieces in the real life room and dozens of people watching online. Then, David called in to read a book of his own. Both books were selected in part for having positive messages.

After that, participants in the call shared portions of their favorite books, and some got to ask Smith questions. The goal, Smith says, is to get people to open a book -- and open their minds -- during a time when all of us might be feeling a little closed in.

Smith says he plans to run the event every Wednesday at 12pm. He is having a children's books author appear next week to read from one of her books. Smith also says you can expect some of his friends from the NFL -- even Falcons teammates -- to be on future editions to share their favorite books.