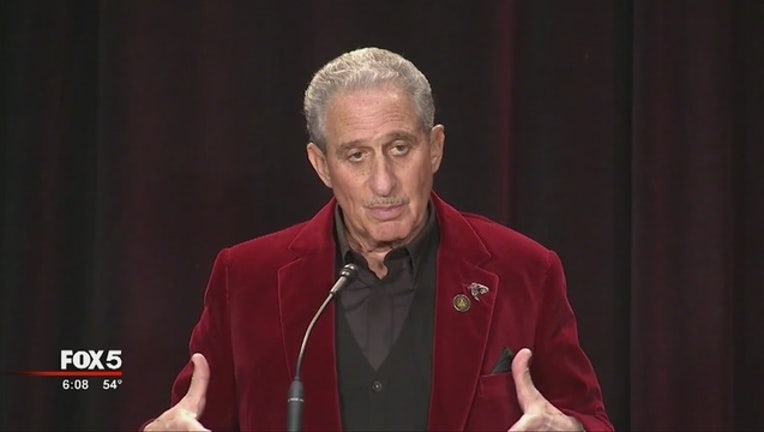 HOUSTON - Atlanta Falcons owner Arthur Blank said he is not practicing his dancing ahead of Super Bowl Sunday and won’t be previewing any of his moves.

He wants the team to be competitive for the long haul and get into “the party” every single year.

When Blank took over the franchise 15 years ago, he promised he would not sleep until he brought a championship home to Atlanta. Maybe he’ll get to sleep Sunday night or early Monday morning, but that is now entrusted into his team’s hands.

“You know, God willing, we're successful on Sunday, we'll take as much time to celebrate as we can and permitted to, but we get back into rooster evaluations and off-season process, you know, draft evaluations, free agency evaluations, etc.

Blank has long dreamed of taking the Falcons into the elite four or five teams everyone talks about every year as being championship contenders.

Ticket sales since the NFC Championship win have seen a dramatic spike, according to Blank.

Ha said the Falcons last practice was solid and was happy to hear Alex Mack was even on the mend in time for the big game and continues to not be nervous.